As round one of the seven-phase Lok Sabha election began in 91 constituencies across the length and breadth of India, from the hills of Kashmir to the islands of Andaman and Nicobar, reports of unrest and irregularities cast shadows over the world's biggest poll process. 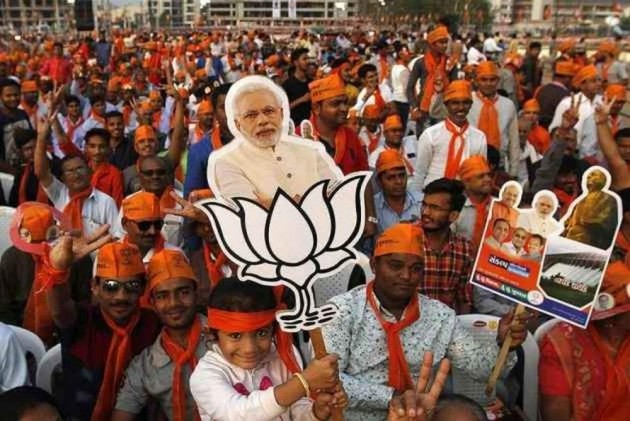 Elections 2019 kick started on Thursday, in the midst of severe troubles, with two people being killed in clashes in Andhra Pradesh, an IED blast in Maharashtra, reports of EVM glitches and multiple complaints from voters about their names not being on the electoral list.

As round one of the seven-phase Lok Sabha election began in 91 constituencies across the length and breadth of India, from the hills of Kashmir to the islands of Andaman and Nicobar, reports of unrest and irregularities cast shadows over the world's biggest poll process.

There were reports of violence from Andhra Pradesh, Maharashtra and Chhattisgarh, while the chiefs of several parties, including TDP's N Chandrababu Naidu, AAP's Arvind Kejriwal, and PDP's Mehbooba Mufti, came forward to complain about administrative and other lapses.

In Andhra Pradesh, where elections are being held for 25 Lok Sabha and 175 Assembly seats, one worker from the ruling Telugu Desam Party, and one from the main opposition YSR Congress, were killed in a clash in a village in Tadipatri Assembly constituency in Anantapuramu district

Condemning the killing of his party worker, TDP president Chandrababu Naidu accused the YSR Congress of indulging in violence to win the election.

The two parties clashed in other parts of the state as well with reports of stone-throwing and allegations of attacks and vandalism coming in from Eluru city, as well as from Jammalamadugu in Kadapa district, and Narsaraopet constituency in Guntur district.

Elsewhere in the state, Madhusudan Gupta, a candidate of the Jana Sena Party, was arrested after he smashed an EVM in Guntakal, alleging that party symbols were not properly printed on the ballot unit.

In Maharashtra, Naxals triggered an IED blast near a polling booth in Waghezari area of Gadchiroli district, while voting was underway, police said. There were no casualties.

In the Naxal stronghold of Chhattigarh, four guerrillas were arrested and firearms seized from them in Bijapur district, while the poll process was underway.

In the early hours of the morning, Naxals detonated an IED in Narayanpur in Bastar region. No casualties were reported here too.

Many miles away, an IED was detected in an oil pipeline passing through a tea garden in Assam’s Dibrugarh district. Security forces rushed to the spot to ensure there is no trouble.

In Kairana in western Uttar Pradesh, BSF personnel fired in the air at a polling booth, when some people, who were not carrying their identity cards, tried to forcibly enter the premises to cast their votes, police said.

If the sporadic incidents of violence was one worry, the other was the reports of EVM glitches and voters not being allowed to exercise their franchise.

"No developed country is using EVMs as they are prone to manipulation. We have hence been demanding that we revert to the ballot paper system," Naidu said after casting his vote in Undavalli village in Amravati amid numerous reports of EVMs not functioning properly.

Delhi Chief Minister Kejriwal took to Twitter, and tagged people who claimed their names or the names of their relatives have been deleted from voter lists.

"What is happening EC? Are these elections fair?" Kejriwal asked.

What is happening EC? Are these elections fair? https://t.co/0g3hA5GL15

"Anti-BJP votes deleted all across India. Reports coming from all across India that votes have been deleted on unprecedented scale. Why are all faulty EVM machines seen to be voting always for BJP?" he said in a tweet.

Businessperson Kiran Mazumdar Shaw’s mother was one of those whose name was deleted.

"My mother's voter ID has been deleted on some flimsy excuse that there was a report that she no longer lives at her address. She is so upset I can't tell you because she has been at the same address for 19 years. So much for 'verification'," Shaw said in a tweet.

In Jammu and Kashmir, the National Conference and the PDP alleged that uniformed personnel coerced people to vote for the BJP and EVMs malfunctioned in some places with the Congress button not working during polling in Jammu's Poonch area.

PDP president Mehbooba Mufti tweeted a video showing voters raising anti-BJP slogans after they were purportedly roughed up by the BSF for not voting for the BJP.

"Using armed forces at polling stations to coerce people to vote for the BJP shows their desperation & hunger to usurp power by hook or crook," PDP president Mehbooba Mufti said in her tweet.

A local administration official reached the spot and the uniformed officer has been removed following complaints by the voters, he said.

Assuring that voting, which was stalled in some polling booths in Poonch region, would soon resume, the presiding officer was asked which button was not working.

More than 14 crore people are listed to vote in the first phase, held in 91 Lok Sabha constituencies spread across 18 states and two union territories.

The votes for the election, being held over seven phases, will be counted on May 23.