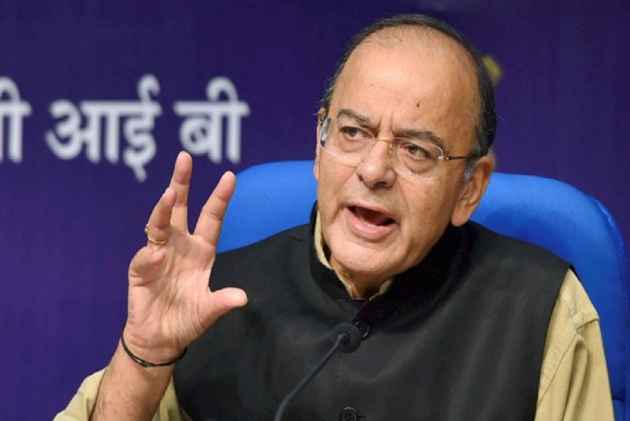 Days after the presentation of the Electoral Bond scheme before the Parliament, Finance Minister Arun Jaitley on Sunday opined that the concept is necessary to envisage the promotion of clean money and transparency in the process of political funding.

In a blog post titled "Why Electoral Bonds are Necessary", Jaitley said cash donations contain an element of anonymity, which needs to be eliminated to cleanse up the political funding mechanism.

"The conventional system of political funding is to rely on donations, which come from a range of sources from political workers, sympathisers, small business people and even large industrialists. The conventional practice of funding the political system was to take donations in cash and undertake these expenditures in cash. The sources are anonymous or pseudonymous. The quantum of money was never disclosed. The present system ensures unclean money coming from unidentifiable sources. It is a wholly non-transparent system," he said.

Jaitley, in retrospection of the present system of political funding, stated that despite elections being the most crucial segment of a Parliamentary democracy like India, the country lacks a transparent political funding system.

Highlighting the amendments made to the Income Tax Act under the leadership of former Prime Minister Atal Bihari Vajpayee, Jaitley said the introduction of a provision that would give a tax advantage to the donor was done to encourage cheque donations. However, it was seen that donors were reluctant to disclose the details of the quantum of donation given to a political party, fearing consequences from political opponents.

"Following the amendments made to the Income Tax Act under the NDA rule, a political party was expected to file its returns both with the income-tax authorities and Election Commission. It was hoped that donors would increasingly start donating money by cheque. Some donors did start following this practice, but most of them were reluctant to disclose the details of the quantum of donation given to a political party. The law was further amended by the UPA Government to provide for "pass through" electoral trust so that the donors would park their money with the electoral trusts, which, in turn, would distribute the same to various political parties. Both these reforms taken together resulted in only a small fraction of the donations coming in the form of cheques," he said.

Taking cognisance of this, Jaitley, in his Budget speech for 2017-18, had said the existing system would be substantially widened and donations of clean money could be made to political parties in several ways. A donor could enjoy a tax deduction by donating in cheque. Donors were also free to donate money online to political parties.

A cash donation to a political party, Jaitley said, could not exceed an amount of Rs.2000. In addition, a scheme of electoral bonds was announced to enable clean money and substantial transparency being brought into the system of political funding, he claimed.

"I do believe that donations made online or through cheques remain an ideal method of donating to political parties. However, these have not become very popular in India since they involve disclosure of donor's identity. However, the electoral bond scheme, which I placed before the Parliament a few days ago, envisages total clean money and substantial transparency coming into the system of political funding," said Jaitley.

Under the new electoral bond scheme, a donor can purchase electoral bonds from a specified bank only by a banking instrument. He would have to disclose in his accounts the amount of political bonds that he has purchased. The life of the bond would be only 15 days. A bond can only be encashed in a pre-declared account of a political party. Every political party in its returns will have to disclose the amount of donations it has received through electoral bonds to the Election Commission. The entire transaction would be through banking instruments.

"As against a total non-transparency in the present system of cash donations where the donor, the reciever, the quantum of donations and the nature of expenditure are all undisclosed, some element of transparency would be introduced in as much as all donors declare in their accounts the amount of bonds that they have purchased and all parties declare the quantum of bonds that they have received. This is necessary because once this disclosure is made, past experience has shown, donors would not find the scheme attractive and would go back to the less-desirable option of donating by cash," said Jaitley.

He further urged that the choice has now to be consciously made between the existing system of substantial cash donations which involves total unclean money and is non-transparent, and the new scheme which gives the option to the donors to donate through entirely a transparent method of cheque, online transaction or through electoral bonds.

"While all three methods involve clean money, the first two are totally transparent and the electoral bonds scheme is a substantial improvement in transparency over the present system of no-transparency," Jaitley argued.

While the government is willing to consider all suggestions to further strengthen the cleansing of political funding in India, Jaitley noted that impractical suggestions will not improve the cash denominated system; and would only consolidate it.