There was a sigh of relief across the board, with the first phase of polling passing relatively peacefully, and, crucially, with more than a 72 per cent voter turnout. 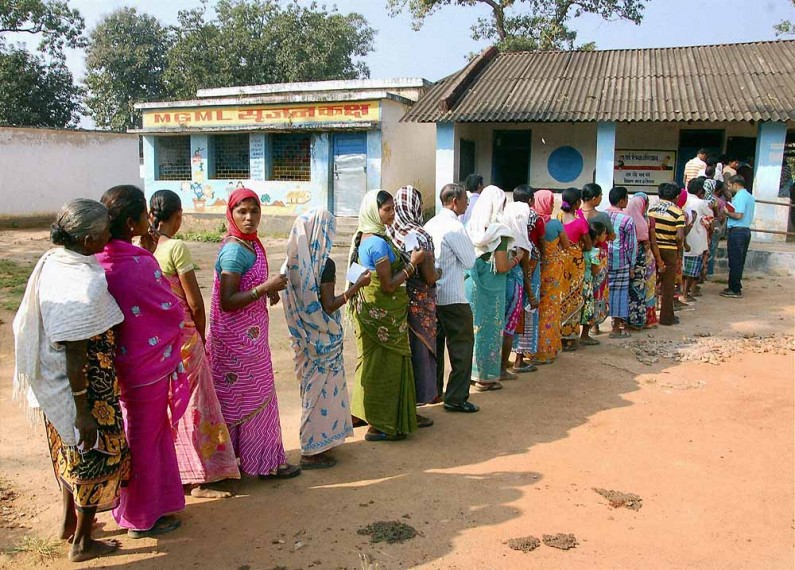 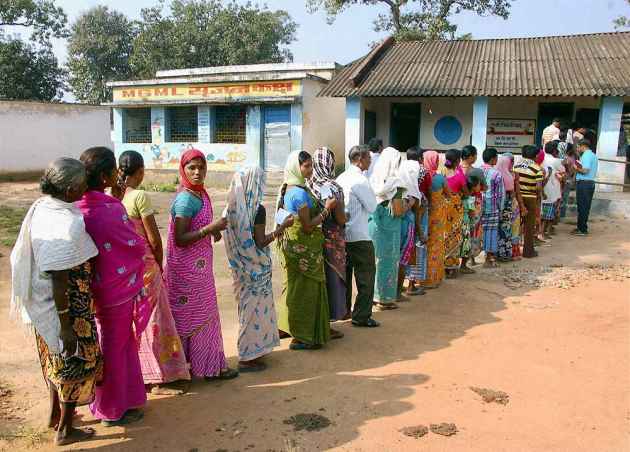 Two Border Security Force (BSF) troopers and their civilian driver, accompanying retreating poll officials, were killed and another three persons were injured, when Maoists blew up their vehicle in a landmine blast on a bridge located in the Manjhipara area of Sukma district on November 12, a day after the first phase polling in 18 Assembly constituencies in the areas worst afflicted by the Maoist insurgency in Chhattisgarh. In the run up to the polls, the Maoists had triggered at least three explosions, injuring five security forces (SFs) personnel, even as they had issued widespread calls for a poll boycott.

Despite the limited violence, there was a sigh of relief across the board, with the first phase of polling passing relatively peacefully, and, crucially, with more than a 72 per cent voter turnout. The 18 constituencies going to polls in the first phase included 12 in the Bastar division—comprising Bastar, Dantewada, Bijapur, Narayanpur, Sukma, Kanker and Kondagaon districts—and six in Rajnandgaon district, which have accounted for the overwhelming proportion of Maoist violence in the state over the past decade. The voter turnout was ‘beyond expectations’, particularly in view of the poll boycott call given by the Communist Party of India-Maoist (CPI-Maoist). Intelligence Bureau (IB) reports had also warned of "assiduous preparations" by the Maoists to disrupt the polls. Union ministry of home affairs (MHA) officials are happy to have ‘frustrated’ Maoist efforts to disrupt the elections, even as they are encouraged by the extraordinary voter turnout.

Indeed, the violence was low in comparison to poll-day violence during the previous Assembly elections in 2008. Media reports indicate that there were just 17 incidents of violence, resulting in the death of one Central Reserve Police Force (CRPF) trooper, this year. Security forces successfully repulsed as many as 15 attacks by Maoists without incurring casualties. These included three in Bijapur, six in Dantewada, two in Kanker, three in Narayanpur and one in Bastar. The lone death resulted from an attack at a polling booth in Dantewada. In comparison, 48 incidents of Maoist violence were recorded on election-day in 2008, with four security personnel killed. Further, at least 13 persons, including 10 SF personnel and three political activists, were killed in six incidents during the entire election process in 2008. At that time, the then leader of the opposition and Congress party candidate Mahendra Karma, who contested from the Dantewada constituency (and was killed on May 25, 2013, during a political rally in Darbha Vally in Bastar District), had stated, "Campaigning is not possible in a terror-like situation, it needs a political atmosphere."

Again, during the 2009 General Election, the Maoists struck at 16 places in the Bastar division, and killed six persons on April 16 (polling day), included five members of a reserve poll party travelling in a sports utility vehicle without any security in Rajnandgaon District, the constituency of Chief Minister Raman Singh. A landmine blast destroyed their vehicle. Further, a CRPF trooper was killed and another three persons were injured at Maroki in Dantewada District. The remaining incidents included snatching of polling machines by Maoists at six polling booths in Dantewada and seven in the Narayanpur District. A landmine was exploded in Narayanpur District’s Dadvan area, but caused no injuries.

In addition to the State Police, at least 30 battalions of Central Paramilitary Forces (CPMFs) were deployed in Chhattisgarh, with an overwhelming proportion concentrated in the troubled Bastar region, and an additional 564 companies were deployed for the smooth conduct of the election. The additional forces were given post-induction training, including IED detection and dismantling, coordination and synergy. Further, most of the freshly deployed troops were detailed in urban areas, considered less prone to Maoist attack, while the Maoist heartland areas were in the charge of the regular Forces deployed for counter-insurgency duties over extended periods of time. Sources contend that this ensured that the 18 constituencies comprising eight Districts had a security cover of nearly 100,000 personnel. Despite this deployment, 167 polling booths were designated 'unsafe', and were relocated to relatively safe areas. Nevertheless, as many as 20 booths among these recorded zero polling, while most of the others recorded polling between 1 and 5 per cent.

This ‘unprecedented’ security arrangement occurred against the backdrop of the Maoist attack on Congress party leaders returning from a political rally on May 25, 2013 [LINK: SAIR], before the declaration of polls. The Maoist attack led to the killing of at least 27 persons, and wiped out much of the State's senior Congress leadership, including Mahendra Karma, the controversial architect of the armed Salwa Judum, anti-Maoist ‘people’s movement’.

Intimations of potential trouble also came in the shape of MHA inputs warning the Chhattisgarh government that the Maoists may have "deployed small action teams" to "attack helicopters, especially during landing and takeoff" during the elections. The Centre also cautioned that the Maoists could "attack soft targets, particularly outside their core areas," and that "Maoists have been threatening government employees, especially school teachers, not to take poll duties. Inputs indicate Maoists are preparing for fabrication of IEDs and Molotov cocktails and have already planted IEDs on the main highways and arterial roads..." A senior MHA official disclosed that the Maoists had threatened to "dismember the inked finger" or even kill those who "dare to vote". Media suggested that the IB had noticed CPI-Maoist general secretary Muppala Laxam Rao alias Ganapathi among several other senior Maoist leaders 'moving about' in the Abujhmad forest. Other inputs suggested that about 400 armed cadres and senior commanders from neighbouring States had sneaked into Bastar and held a meeting on October 29, 2013, to fine-tune their strategy to disrupt the polls.

Apprehensions deepened in the month leading to the polls, with as many as 49 IEDs—many of them weighing 20-30 kg—detected and recovered by the SFs. Another thirteen such devices were recovered on the polling day from Dantewada and Kanker Districts. Besides, SFs recovered around 400 spiked wooden block booby traps for vehicles in Bijapur District.

The lower than expected violence has allowed many to take credit for contributing to the overall bandobast (arrangement) for a ‘free and fair’ poll. However, on October 25, 2013, Union Home Secretary Anil Goswami had pulled up the CRPF and BSF for the "purely defensive strategy" adopted by the SFs in the State. He is believed to have expressed his displeasure with the Chhattisgarh administration and Central Forces over the "lull" in action, despite the Centre asking them to step up anti-Naxal operations, especially after the May 25 Darbha attack on the Congress convoy. Goswami had also conveyed that CoBRA teams needed to be deployed extensively, with result-oriented tasks.

While security arrangements explain much of the success in ensuring a peaceful election process and the very high voter-turnout, there are suggestions that, their public postures notwithstanding, the Maoists may, indeed, have encouraged voters to exercise their franchise in favour of particular candidates. Indeed, unconfirmed reports have claimed that the Maoists had made a 'deal' with the Congress party before elections to ensure victory to its candidates in the areas of Maoist domination. While no independent verification of such claims is possible, it is certainly the case that such deals have been a staple in the pre-election stages in many States where the Maoists are active, and with many different parties or candidates. One media report indicated that voters of Elengnarh, a small village about 20 km east of Darbha, inside Maoist-dominated area, reached the highway in hundreds to vote at Tahakwar on the Jagdalpur-Bhadrachalam highway in Bastar. A Congress politician of the Darbha area, on condition of anonymity, told The Hindu that the Maoists had “indeed asked” that the voters exercise their franchise, otherwise it would have been impossible for the villagers to vote in such large numbers.

A peaceful election with a high voter turnout is, no doubt cause of satisfaction. However, its message is ambiguous and may well prove misleading, particularly if the unholy and recurring alliance between the Maoists and establishment political parties and leaders was, in fact, a reality in these elections. Further, the saturation of force temporarily established for the duration of the election period will quickly dissipate, without any strategic gains. While the electoral outcome in the most troubled regions of Chhattisgarh has already been determined, though it remains to be announced, the contest between the SFs and the Maoists remains to be decided in Chhattisgarh.