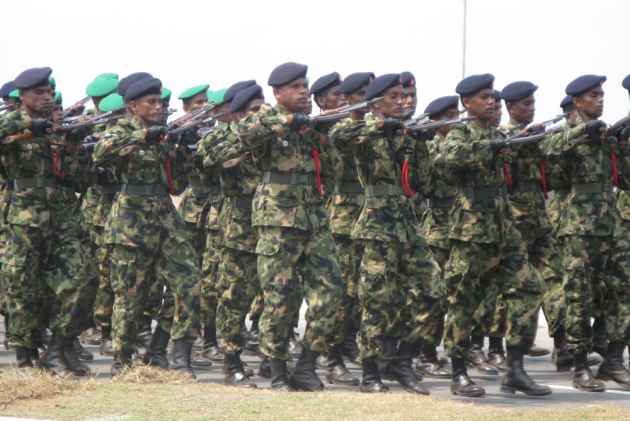 Sri Lank has declared a nation-wide state of emergency for 10 days after businesses belonging to Muslims were set ablaze in a communal clash that erupted over the killing of a Buddhist man.

Fresh curfew was imposed today and heavily-armed police commandos of special task force were deployed in Theldeniya and Pallekele areas of Kandy district where riots have left two dead and homes and businesses of the minority community in ruins. The state of emergency has now been imposed to "prevent the spread of communal riots to other parts of the country," spokesman, Dayasiri Jayasekara, told Reuters.

A Gazette notification would be issued right away, Minister of Social Empowerment S B Dissanayake told reporters outside the President’s Secretariat, where the Cabinet meeting was held.

“There are allegations that the law was not implemented to minimise the impact of these tense situations. Now, the Police and Army personnel had been deployed to respective areas to beef up security,” he was quoted as saying by the Daily Mirror.

Dissanayake said the President could decide at the end of the 10 days, whether to extend the state of emergency.

The Board of Control for Cricket in India (BCCI) on Tuesday notified that the state of emergency in Sri Lanka would not affect the first match of the Tri-Nation Nidahas Twenty20 Cup which was scheduled between India and Sri Lanka at Colombo's Premadasa Stadium.

"There have been reports of curfew and an emergency being called in Sri Lanka. The situation is in Kandy, not Colombo. After talking to concerned security personnel, we have understood that situation is completely normal in Colombo," the BCCI said in a statement.

According to police, the elite special task force was deployed in the area after riots broke out following the death of an assault victim, a Sinhalese, who was attacked by the members of the minority community.

They said on February 22, the man was admitted to a hospital following an attack. He succumbed to his injuries on March 3, after which the attackers arrested and were remanded to police custody till tomorrow.

Muslims account for 10 percent of the 21 million population in Sri Lanka, and Buddhist Sinhalese make up nearly 75 percent. Another 13 percent of the population are Hindus, according to the Al Jazeera. Tensions between the Buddhist and Muslim community have been brewing for the past year, withe the former accusing the latter of forcibly converting people to Islam to vandalise Buddhist archeological sites.

In 2014, Outlook's Pranay Sharma had interviewed General secr­etary of the Sri Lankan ultra-nationalist Buddhist organisation Bodu Bala Sena (BBS) who believes his organisation can unite all the Buddhists of the island and turn them into a nationalist force, thus countering a ‘foreseen’ Islamic threat.

Sri Lanka is a Buddhist-majority country that also encourages people from other religions to be part of the nation. Do you see a problem with that?

No, we don’t have a problem with that. We value and believe in diversity. Whether you are a Buddhist, a Hindu or a Tamil—you will enjoy the same equal rights. Our concern is more about a number of international elements that are working at destroying the peaceful social fabric of our country. Sinhalas or Buddhists are forming a majority in the country, but we also live in a global society that is structured by global funding, global politics and also global terro­rism—all of which now work against global minorities.

When you say ‘global’, precisely which countries do you have in mind?

It is hard to say but most of them are from the Middle East and Saudi Arabia. These are the countries that fund Muslim extremist groups here. There are some countries that also promote fundamentalist Christian groups. I don’t think it is something we should allow to happen. These are attempts to destroy the culture of our country.

You claim the Muslim minority in Sri Lanka is posing a threat to the majority Buddhist population in the country. But is that really possible and in what way have they posed a threat?

Definitely, they are posing a threat not only to Sri Lanka, but to India as well.

Do you take responsibility for the communal violence that took place recently in the Sri Lankan coastal districts of Aluthgama and Beruwala, where victims were mostly ordinary Muslims?

Definitely not. I would request you to go on our website: there is a video that clearly shows how a peaceful gathering was interrupted by Muslim extremists throwing stones at innocent women and children walking down the street. What about other religious groups, do they also pose a threat to the Buddhists?

There are very small groups of Christian fundamentalists. But they are not only a threat to Buddhists; they are also a danger to Hindus, moderate Christians and Catholics as well.

Will there be more violence in the coming days?

I don’t think this violence will continue—though we never know. The violence is not a new phenomenon. In 2009, this Muslim group had attacked a mosque and killed two people. However, this group is only present in that particular area and I don’t think there will be any problem elsewhere. Buddhists are very peaceful people and these problems are created only by such Muslims. They set fire to their own mosque and kill their own people who don’t follow their instructions. This particular area was a hot spot for the past five years and there were some incidents of viol­ence almost every month.

So all the problems of violence are caused by this particular Muslim group and Bodu Bala Sena has nothing to do with it?

Definitely. We should not be blamed. We have not thrown a single stone at anybody. But, these groups are spreading a lot of rumours; they are very powe­rful, they own some media houses and they have a lot of contacts. But we have tried to be very open about what we do.

Why are they against you?

Because they know we had exposed their plans and it has now become difficult for them to carry out their strategic planning since our intervention.