ENG Vs PAK, 3rd Test: We Ran Out Of Things To Talk About! – Zak Crawley On Patnership With Jos Buttler

Zak Crawley scored 267 as England controlled day two of their final Test against Pakistan, but he credited his team-mate Jos Buttler 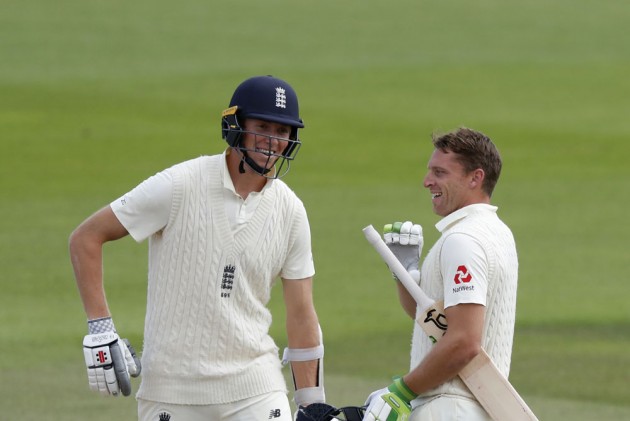 Zak Crawley joked he and Jos Buttler "ran out of things to talk about" during their mammoth stand against Pakistan. (More Cricket News)

James Anderson then starred with the ball in the final stages, taking 3-13 to leave Pakistan on 24-3, with the tourists trailing by 559.

Crawley and Buttler's stand of 359 was the joint fourth-highest fifth-wicket partnership in Test history.

And though Crawley was ultimately the star with his double century, he heaped the praise on Buttler for guiding him through.

"Not a lot to be honest, we ran out of things to talk about towards the end," Crawley chuckled to BBC Sport when asked what he and Buttler discussed during their stint.

"He's just such a cool head, he kept me calm leading up to all the different milestones.

"He just seemed unfazed all the way through. He played brilliantly today, he played a lot better than I did, actually.

"It was a flawless innings and he deserves everything he gets for it."

Buttler, meanwhile, insisted all of the credit must go to England's number three.

"I just thoroughly enjoyed the partnership with Zak. It was an incredible innings to watch," Buttler told a news conference.

"He hits the ball incredibly hard, [hits] shots all around the wicket and he's a great kid to bat with.

"I really enjoyed it, great fun and glad we were able to put together a really good partnership and put us in a strong position in the game."