Leicester defender Maguire headed in the opening goal from a corner on 30 minutes, with Alli adding a second just before the hour. 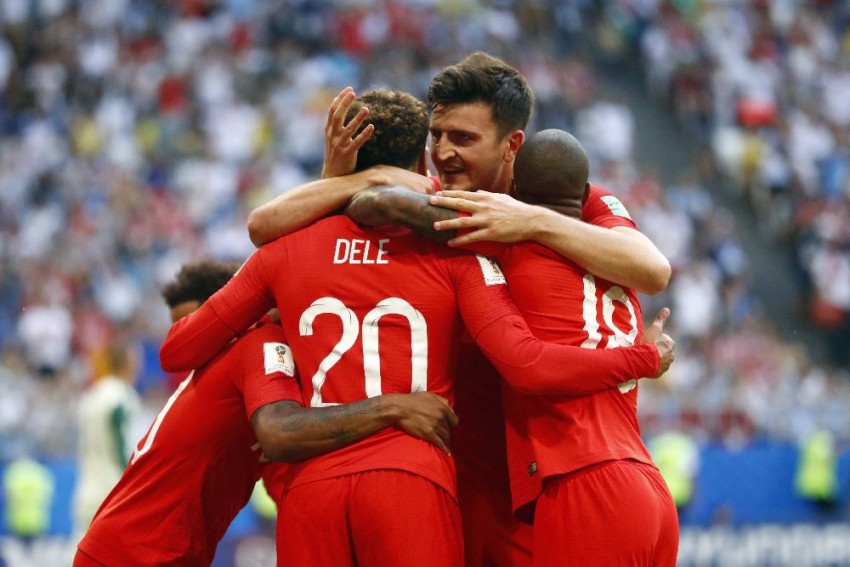 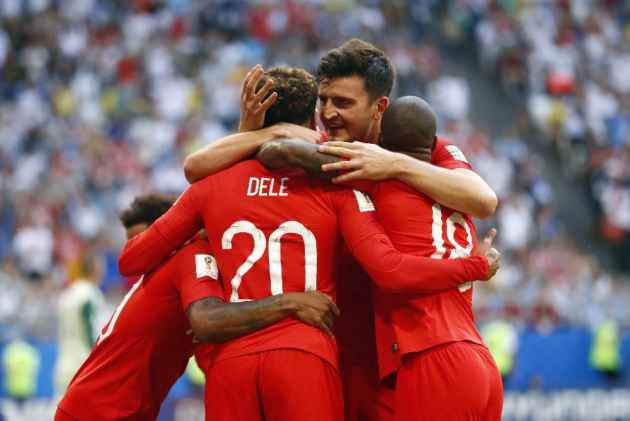 Harry Maguire and Dele Alli scored as England comfortably defeated Sweden 2-0 in Samara on Saturday to reach the World Cup semi-finals for the first time since 1990.

Leicester defender Maguire headed in the opening goal from a corner on 30 minutes, with Alli adding a second just before the hour.

Goalkeeper Jordan Pickford then produced a series of crucial saves in the final half-hour to seal England's long-awaited spot in the last four.

It was just a second England victory over Sweden in nine competitive meetings, and sets up a clash with either hosts Russia or Croatia on July 11 in Moscow for a place in the final.

Southgate stuck with the same team that overcame Colombia on penalties in the last 16, while Sebastian Larsson returned for Sweden after missing the 1-0 win over Switzerland through suspension.

Viktor Claesson drilled over for Sweden early on with an ambitious attempt from distance, while Harry Kane, the tournament's leading scorer with six goals, dragged wide after a penetrating run by Raheem Sterling.

Sweden manager Janne Andersson had warned his side England were a match for them at set-pieces, and so it proved when Maguire connected with Ashley Young's corner after a low-key first half hour.

Maguire outjumped the much smaller Emil Forsberg to nod low into the corner, as England scored for the eighth time in Russia from a dead-ball situation.

The lively Sterling should have doubled the lead on the stroke of half-time when he brilliantly controlled Jordan Henderson's lofted pass, but he was unable to find a way past Robin Olsen and his follow-up was blocked by Andreas Granqvist.

Pickford had relatively little to do in a quiet first half, but the England goalkeeper produced a vital stop to claw away a Marcus Berg header minutes after the restart.

England promptly cranked up the pressure and pulled further ahead on 59 minutes when a completely unmarked Alli sent a thumping header past Olsen after a first-time cross by Jesse Lingard.

Maguire then lashed over after a scene of panic in the Sweden area as England chased a third goal, although they were twice indebted to Pickford for preserving their two-goal lead.

The Everton shot-stopper thrust out a hand to superbly keep out Claesson's low strike from 10 yards following a neat lay-off by Berg.

Pickford then showed terrific reflexes to tip over an effort from Berg, who shot on the turn after being picked out in the area by substitute John Guidetti.

Southgate withdrew Henderson for Eric Dier in the closing stages and will have a full squad to choose from in the semi-final, injuries permitting.