'English Mind', Not The Language, Is An Illness: Venkaiah Naidu

The vice president insisted that Indians must get back to its roots. 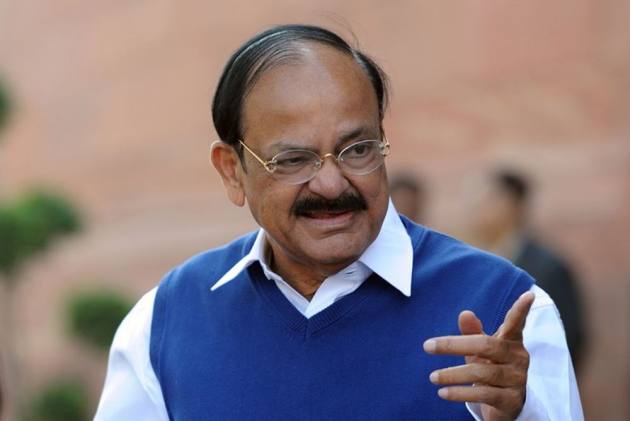 Stating that "English mind" is an illness, and not the language, Vice President Venkaiah Naidu on Friday said that the country should be proud of its rich heritage.

Naidu's statement came in the backdrop of certain comments attributed to him. Some section of the media had quoted Naidu as saying "English is an illness left behind by the British" during a Hindi Day event held in New Delhi early this month.

"English is not (an) illness, but English mind is (an) illness which we have inherited from the Britishers," he said.

"Britishers have left but they have created an inferiority complex. They have given the thought that Britishers are great, foreigners are great and we are nothing.

"We must come out of this mentality. We must feel proud of our heritage, our past and our great leaders of this country," the vice president added.

Naidu recalled that India never attacked any country, but it was "ruined" by invaders.

The vice president insisted that Indians must get back to its roots.

"Wherever you go please do not forget your obligation towards the society and the nation. If you make contribution to the part of the society with the sense of responsibility you will always be remembered," he advised the graduating students.

"Preserving culture is important. Respecting nature is also very important. Share and care is the core of Indian philosophy and we should preserve that philosophy. Let us give up the colonial mindset.

Naidu said as the chairman of the Rajya Sabha he has implemented "small" changes in the Upper House.

"Let us give up the colonial minds. I have done some small-small changes in the Rajya Sabha. When any minister wanted to lay paper on the table they used to say 'I beg to table'. I said begging whom. I said we should say 'I submit a paper or lay on the table'.

Naidu said members of a family should try to converse in their mother tongue.

"We have beautiful languages. We should always respect them. Try to converse within the family, society in mother tongue," he added.

The vice president said there is nothing wrong in learning English or any other foreign language.

"You can learn as many languages as you want. You can learn Portuguese, Chinese, Russian, there is nothing wrong. We should discuss and debate in our mother tongue.

"I have allowed 22 languages, including Konkani (a prominent language of Goa) in the Rajya Sabha," he added.