10 Movies We All Should Re-Watch With Kids; Check Out The Hot List

Walking Down memory lane, enjoy the 10 with a bucket of popcorn and your childhood friends. 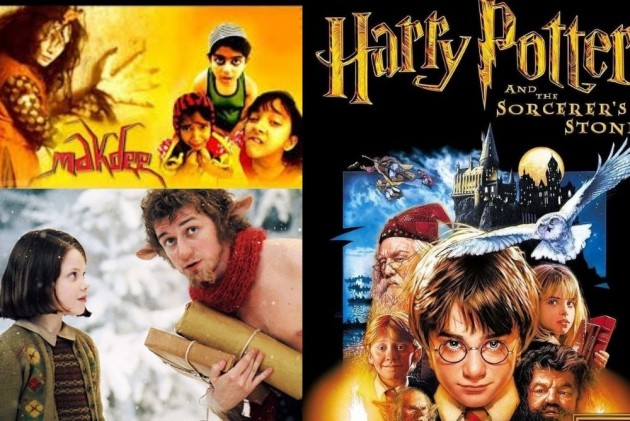 Remember the days when your serotonin levels reached its peak when your parents took you out for a movie? The now-so-glitzy social media world with heads stooping over smart screens for more than 12 hours wasn’t called entertainment back then. Entertainment was watching movies in cinemas or curled up in front of the television.

We are greatly inspired by movies whether it’s the intimidating dialogues, funny costumes, or the unique storyline. Hitting down the memory lane, we have sorted 10 movies (of course there are zillions) to sit back and enjoy with a bucket of popcorns and your childhood friends.
Though the year 2020 hasn’t been a great start for many because of the pandemic, one thing it did best is that it taught us to live in the present, forgetting about planning for the future. With the year wrapping up in less than 55 days, let’s relive the happy moments again!

Here are the throwback films you can rewatch with your children !

Ah! It is the only movie whose sequels are equally good as the first part. Harry Potter took us to the magical world of spells and incantations. Be it their friendship goals, hypnotic storyline, or the invisible cloak – HP remains afresh in the mind of millennials.

The lion, the witch, and the magical wardrobe: Chronicles of Narnia became a household name with more than $1.5 billion worldwide. This movie is set in the World War II era when four siblings were sent far from home. Their world turns upside down when they unveil the magical world of Narnia.

Jumanji is an American fantasy adventure movie which entails a story of a magical board game that brings jungle creature to the real world when played. The quirky storyline caught glimpse of children and even adults were enthralled by the movie, followed by other sequels.

If you’re already humming the song Oh Papad wale! You are cognized with the horror-comedy flick of the 2000s. I still remember watching it with a cousin gang, when we caught the first glimpse of the spooky witch (played by Shabana Azmi), we did close our eyes. Makdee revolves around the lives of two identical twins, Chunni-Munni who get trapped in the witch’s web.

Another cult-classic Bollywood movie whose evergreen songs (though 3 decades old) are still quite popular to date. The amalgamation of different genres like sci-fi, romance, and comedy – Mr India never failed its audience. The plot revolves around Arun’s miserable life until he discovers a magical watch, which happens to be his father’s invention. The film is full of intrigue and suspense.

Chachi 420 is a heart-touching story of a father who is anxious to meet his daughter after his divorce. Finding no other way, he sneaks into his ex-wife’s house by disguising as a nanny for the little girl. The story takes a hilarious turn when his father-in-law falls for him, thinking he is a woman.

A complete dose of entertainment and a must-watch for dog lovers – Plot of Beethoven spins around the St Bernard dog who is adopted by the Newton family. He helps young Ryce talk to her crush, scares off bullies, and save Emily’s life, Beethoven is no less than a hero. If you haven’t watched this dog-drama film, start by watching the first in the trilogy.

Hrithik Roshan-starrer ‘Koi Mil Gya,’ unfolds a story about a special child Rohit who was bullied by college thugs as Rohit is a bit dim-wit. However, Rohit’s life changes when an alien or ‘Jadu’ enters his life. The movie was highly acclaimed, which gave birth to its sequels, Krishh and Krishh 2.

Do you still remember Stuart’s little red shiny car? Tear-jerking drama, whole-hearted laughs, and brow-raising visuals – this movie has it all. Stuart Little is a story about a little mouse named ‘Stuart’ who is adopted by a loving family.

Inspired from the Gulliver’s Travel – Jajantram Mamantaram is a fantasy/action comedy film for kids. The main protagonist, Aditya reaches a magical island with tiny inhabitants who are struggling to fight a demon called ‘Jhamunda.’ Their hopes are enlightened when they meet Aditya.