100 Years of Satyajit Ray: Here’s A Look At The Seven Best Films Of The Bengali Legend

One of India’s finest filmmakers, Satyajit Ray, was born on this day in 1921. 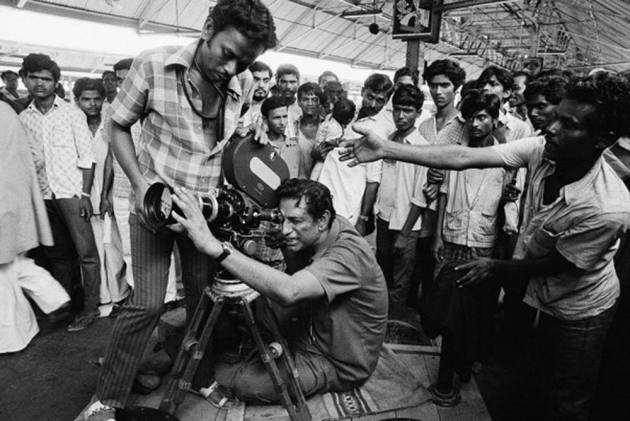 Any discussion of Indian cinema would be incomplete without the mention of Satyajit Ray. Known in the film industry as Manik da, Ray was one of the most respected Indian filmmakers and actors without exception felt privileged to work with him.

Ray’s films were way ahead of his times in terms of depiction as he created magic with minimal resources. It was Ray, who brought the international spotlight on Indian cinema. Apart from being an extraordinary filmmaker, Ray was also a brilliant writer and his stories ‘Feluda’ and ‘Professor’ became household names in Bengal.

As today marks the 100 birth anniversary of the Bengali legend, here is a look at a few of Satyajit Ray’s best films.

Understanding Satyajit Ray Through The Prism Of His Writings

The film is based on a novel written by Bibhutibhushan Bondopadhay. The story revolves around a boy called Apu and his elder sister Durga. The film narrates the tale of a poverty-stricken Bengali family.

Pather Panchali is the first part of the Apu trilogy. The trilogy bestowed Ray with awards at Cannes, Venice and London.

This is the second film of the Apu trilogy and it is also based on Bibhutibhushan Bondopadhay’s novel. Unlike the first film, Ray did take some cinematic liberties with this one. It is said that he had no plans of making Aparajito, but after Pather Pachali’s international success, Ray apparently wanted to show the audience Apu’s life. The film is set in the city of Varanasi and depicts Apu’s college life.

Apur Sansar (The World of Apu)

This is the last film of the Apu trilogy and it shows Apu’s childhood, adolescence and adulthood. In this film, Apu wins a scholarship to Calcutta. It also narrates the tale of his marriage and how he loses his mother and wife. The film features Ray’s favourites Soumitra Chatterjee and Sharmila Tagore.

Charulata is based on Rabindranath Tagore’s novel ‘Nastanirh’. The film narrates the tale of Charulata, who is married to a workaholic newspaper editor, Bhupati. The film is known for its timeless quality. It shows Charulata’s affection for Bhupati’s cousin, Amal in a very subtle manner. In fact, it is said that Charulata was Ray’s personal favourite.

This film is inspired by an anthology penned by Rabindranath Tagore. The film originally contained three stories – ‘The Postmaster’, ‘Monihara’, and ‘Samapti’. However, it was later clubbed into two stories and released under the title ‘Two Daughters’, which didn’t include ‘Monihara’.

Starring Uttam Kumar, Nayak revolves around the life of a lonely man who shares his deepest secrets with the viewers during a 24-hour train journey.

This film is based on Satyajit Ray’s most loved and popular mystery novel of the same name. Starring Soumitra Chatterjee as Feluda, it narrates the tale of a detective.