The complaint was been filed by a Delhi-based lawyer in the Capital’s Sabzi Mandi police station on Monday.

2021-09-08T15:17:33+05:30 38 Celebrities Including Salman Khan And Farhan Akhtar Named In a Police Complaint For Sharing The Name Of Hyderabad Gangrape Victim On Social Media 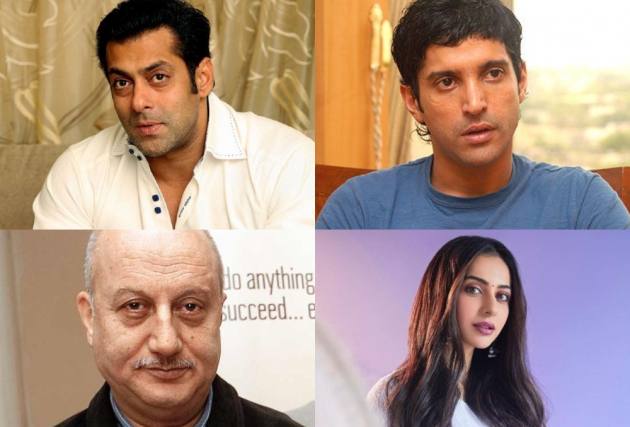 A Delhi based lawyer has filed a complaint against 38 fcelebrities, including film stars from Bollywood and Tollywood such as actors Salman Khan, Farhan Akhtar and Anupam Kher among others, for allegedly naming the victim of the horrific gangrape incident which took place in Hyderabad 2019, on their respective social media accounts.

According to a report in Times Of India, lawyer Gaurav Gulati filed a complaint in the Sabzi Mandi police station in the Capital under the IPC Section 228A, along with a petition in the Tis Hazari Court, stating that the celebrities, named in the petition, did not behave as responsible citizens, and named the rape victim on social media, which is in contradiction to a court judgment which prohibits anyone from naming a rape victim in public.

Seeking the immediate arrest of the 38 celebrities, Gaurav Gulati, in his complaint also stated that instead of setting an example in front of their fans, the stars themselves broke the law, thereby showing no social responsibility, or the sensitivity, before sharing the victim’s name on social media platforms.

For the uninitiated, a young veterinary doctor in Hyderabad, was kidnapped, gangraped and murdered by four men in November 2019. The criminals then dumped her body on the outskirts of city and burnt it. All the four accused were killed in an alleged 'encounter' by the police.