Here are 5 Bollywood celebrities you might not know had an MBA degree. Take a look at their academic accomplishments and the skills that they are widely known for. 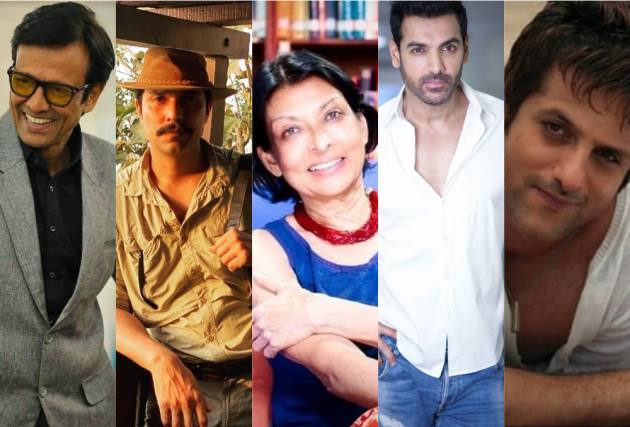 Bollywood celebs are often associated with glamour and stardom. However, the academic qualifications of these people are often overlooked and not known to many. Some of these celebrities are pass-outs of prestigious MBA colleges and have a prominent academic background.

Here are 5 Bollywood celebrities you might not know had an MBA degree. Take a look at their academic prowess and the skills that they are widely known for.

The Future of Work is Here. Is the MBA Equipped Enough?

Educational Background: Holds an MBA from the Department of Management Sciences (PUMBA) at the University of Pune

Kay Kay Menon, who is widely known for his role in 'Gulaal' and 'Shaurya,' did his specialization in marketing while pursuing an MBA degree. He was famous in his class as a singer of ghazals. Initially, Menon aspired to work for the advertising industry but later he went on to the theatre to give a fresh start to his career. Menon is currently garnering accolades for his role of Himmat Singh on 'Special Ops 1.5.'

A very well-known and proficient Indian Actor, Randeep Hooda started acting in school productions. The actor also holds a post-graduate degree in the management domain from Melbourne, Australia. Hooda made his Bollywood debut in Monsoon Wedding in 2001 and since then there was no turning back in life. The actor is popularly known for his role in 'Highway,' 'Laal Rang' and 'Sarbjit.'

John Abraham is an Indian film actor, producer, and former model. The actor made his film debut in the year 2003. He did his MBA in marketing management, organisational behaviour, and accounting specializations in the two-year full-time course.

Abraham grew up in Mumbai and studied at Bombay Scottish School and college. He was a good athlete and participated in the 100 and 200 meters runs. He passed his B.A. (Hons) in Economics and also learned Taekwondo, under the guidance of master Javed Khan. John began his modeling career by substituting for a model who didn’t turn up for a shoot and was requested by his boss to complete the campaign. The actor is known for his work in 'Dhoom,' 'Madras Cafe,' and 'New York.'

Educational Background: Holds an MBA degree from the University of Massachusetts Amherst

Fardeen Khan is a Bollywood actor and although he might not have earned huge recognition and fame in the field of acting, the actor holds a business degree. He has also received training for his acting skills from Kishore Namit Kapoor's Acting Institute.

An activist and Indian classical dancer from Ahmedabad, Gujarat, India. Sarabhai has pursued a management degree from the Indian Institute of Management (IIM) Ahmedabad. Her father, Vikram Sarabhai, was the founder of IIM-Ahmedabad. But later on, she chose a career in dance and theatre and performed remarkably well in it.