5 Films Where Amitabh Bachchan Had A Gem Of A Performance

Actor Amitabh Bachchan is celebrating his 79th birthday today. Here is a list of some of his performances which were pure gems. 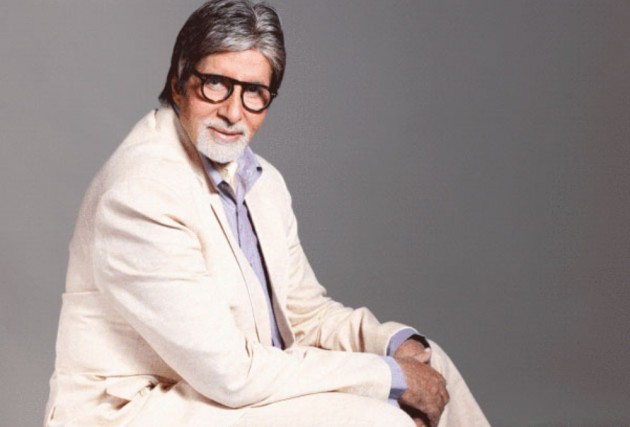 Actor Amitabh Bachchan is one of Bollywood's most well-known and prominent actors. Bachchan rose to popularity as Bollywood's resident ‘angry young man’ actor after acting in a number of highly praised films in the 1970s. Bachchan had a difficult time entering into Bollywood since he wasn't considered ‘star’ material. He was turned down numerous times at the start because he was too dark, had a deep voice, and was too tall and thin. A letter of reference from Indian Prime Minister Indira Gandhi, on the other hand, would provide the young actor with his first break in the profession.

The Indian actor's career has spanned 52 years, with parts ranging from furious young men to more intimidating, dignified older male characters. Bachchan has also narrated a number of films in his distinctive, deep baritone voice. Now, we cannot list down all his best films as all of them are one better than the other, here we bring you 5 films that had a gem of a performance by Bachchan even if it was unconventional or had a smaller screen time. Have a look:

Filmmaker David Dhawan’s comedy film ‘Bade Miyan, Chote Miyan’ featured actors Amitabh Bachchan and Govinda in the titular roles. At that time, Govinda was the reigning superstar of the masses while Amitabh Bachchan was a fading superstar who was in the dusk of his career. This film gave the fans of Bachchan the much-needed fandom back. The story was loosely based around ‘Comedy Of Errors’ with both Bachchan and Govinda playing double roles.

Filmmaker R. Balki’s 2007 film showed actor Amitabh in a completely new light. Playing a 64-year old chef in the film who falls in love with a 34-year old girl played by Tabu, whose father is a 58-year old man played by actor Paresh Rawal. The story revolves around the age differences and how Paresh Rawal is unhappy with his daughter falling in love with a man who is even elder to him.

To listen to the entire jukebox of the movie on Eros Now, click here.

Filmmaker Gauri Shinde wrote and directed the 2012 Indian comedy-drama film ‘English Vinglish’. The plot focuses on a lady named Shashi, played by actress Sridevi, a tiny business owner who sells sweets and snacks. Shashi enrols in an English-speaking course to stop her husband and daughter from ridiculing her lack of English speaking skills, and in the process gains self-esteem. Sridevi's character was inspired by Shinde's mother. ‘English Vinglish’ was first shot in Hindi before being largely re-shot in Tamil and released along with a Telugu dubbed version. This was Sridevi's comeback to acting after a 15-year sabbatical. Actor Amitabh Bachchan played a hilarious cameo in the film where he played the co-passenger on Sridevi’s flight. His onscreen presence was crackling even if it was just for a few minutes. Actor Ajith played the same character in the Tamil version.

The satirical drama film, Shamitabh, was written and directed by filmmaker R. Balki. The film revolves around a secret between the lead characters played by actor Amitabh Bachchan, actor Dhanush and actress Akshara Haasan. Dhanush has great acting talent and can emote any scene, but he cannot speak as he is dumb. On the other hand, Bachchan has a great voice but is a failed actor who had been rejected by Bollywood and is now living in the dumps. A budding filmmaker Akshara Haasan brings the two together. With the help of technology, Akshara manages to get Amitabh’s voice to become the voice of Dhanush. The two together break numerous box-office records. Things go south when each starts believing that they can survive without the other, and their personal ego gets the better of them.

Filmmaker R. Balki's 2016 romantic-comedy film ‘Ki & Ka’ starred actress Kareena Kapoor Khan and actor Arjun Kapoor. The film follows a young, married couple who defy the gender norms assigned to men and women in Indian culture by having the guy stay at home and the lady working. Actor Amitabh Bachchan and his wife, actress Jaya Bachchan, played an interesting cameo in the film. When Jaya Bachchan sees an interview on TV featuring Kabir played by Arjun Kapoor, she begs her husband, superstar Amitabh Bachchan, to contact Kabir and arrange a meeting. Jaya Bachchan is blown away by the narrative of the couple's unusual marriage. However, Amitabh Bachchan behaves in a grumpy way throughout this meeting with Kabir.