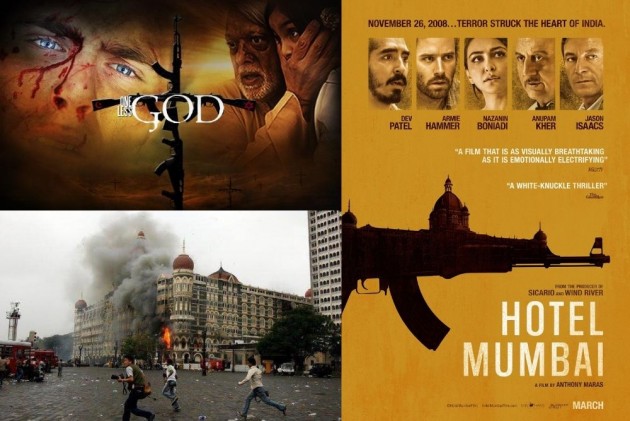 On November 26 2008, India’s financial capital, Mumbai was besieged by a group of terrorists for four terrifying days. More than 300 people were injured and about 166 people, including foreigners, were killed.

The 26/11 Terror Attacks were carried by 10 terrorists of the Lashkar-e-Taiba who landed in the city by boat from Karachi, Pakistan. The multiple shootings and bombings began with the Chhatrapati railway station, followed by Nariman House, Leopold café, Hotel Tajmahal and Hotel Oberoi. Ajmal Kasab, the lone surviving terrorist was hanged in 2012.

Here are 5 movies that you can watch on OTT platforms like Netflix, Zee5, YouTube, Vimeo, Hulu to witness the trauma, terror, dread endured by the victims, and learn about the real-life heroes such as security forces and hotel staff.

This 2013 movie chronicles the story of ten terrorists who captured Mumbai after weaving detailed plans to enter and siege places. It also shows the lone terrorist Ajmal Kasab being arrested before reaching his doomsday. It was directed by Ram Gopal Verma. The movie is available on Eros now and Youtube.

The movie narrates the story of an 18-year old French girl who witnessed the terror attack after being trapped in the hotel room alone. Her parents are out-of-town and she chooses to stay in the hotel room unaware of the horror that will knock on her door. The muffled blasts scream and continue gunshots leave her trembling in fear. You can watch this movie on YouTube and Netflix.

Directed by Anthony Maras, this action-thriller was released in India last year. It emphasises the bravery depicted by the hotel staff and security personnel who risked their lives without hesitating a moment to save the innocent and traumatised victims in the gruesome incident. It also shows the struggles of a couple to save their child amid the brutal massacre.

Written by Fareed Zakaria, Terror in Mumbai is an HBO documentary that unfolds various perspective and loopholes in handling the massive tragedy leading to loss of innocent lives. This is one of the best films to recast the horrific incident supported by eyewitness interviews, surveillance videos and exposing the intercepted calls exchanged between the armed terrorists and their controllers in Pakistan.

This movie accounts the intense panic amongst the international travellers in the besieged hotel. It exposes the harrowing tales of pain and fright amid hostages bore by the multilingual and culturally-diversified people staying in the hotel. It depicts how one can cross limits for the sake of their loved ones.