Anthony Hopkins picked up the best actor trophy for ‘The Father’, a category for which India's Aadarsh Gourav was also nominated for his role in ‘The White Tiger’ 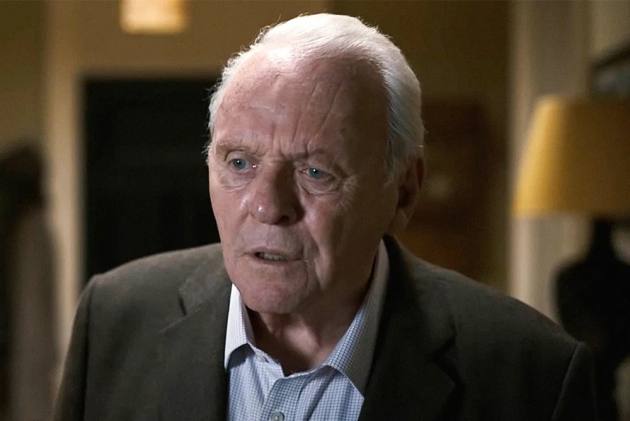 Directed by Chloe Zhao, the meditative drama emerged as the top winner with McDormand being adjudged as best actress and Zhao picking up the best director trophy.

The award ceremony which is usually held in the month of February was delayed due to the Covid-19 pandemic, this year. The 74th edition was a virtual affair and the event spanned two days.

Zhao, who became the first woman of colour to win the best director at the BAFTA, dedicated the award to the nomadic community who "generously welcomed" her team into their lives.

"They shared with us their dreams, their struggles, and their deep sense of dignity. Thank you for showing us that aging is a beautiful part of life, a journey that we should all cherish and celebrate. How we treat our elders says a lot about who we are as a society and we need to do better," the director said in her acceptance speech.

The film's win at the BAFTAs consolidates its chances as the frontrunner at the Oscars later this month.

McDormand couldn't connect virtually for the event but thanked the BAFTAs in a written message.

"Thank you, dear British people. I humbly accept this honour on behalf of the 'Nomadland' tribe and company. We salute you," she said.

Anthony Hopkins-starrer "The Father" won the best actor award for the veteran star, a category where India's Aadarsh Gourav was also nominated for his role in "The White Tiger".

Hopkins, who earned his eighth BAFTA nomination with "The Father", said acting is like a way of life for him.

In the supporting actress category, the award went to South Korea's veteran star Yuh-Jung Youn for her role as the maternal grandmother in "Minari", while Daniel Kaluuya was named the winner in the supporting actor category for his role as the fiery Black Panther leader Fred Hampton in "Judas and the Black Messiah".

In her quirky acceptance speech, Yuh-Jung thanked "snobbish" British people for recognising her as an actor.

"Thank you so much for this award. Every award is meaningful, but this one, especially (to be) recognized by British people, known as very snobbish people, and they approve of me as a good actor. So I’m very, very privileged and happy,” she said.

Kaluuya thanked the makers of "Judas and the Black Messiah", the producers, his mother and friends, and he also remembered his childhood icons.

"It's an honour to be a vessel for him (Fred Hampton)," he said.

Emerald Fennell's #MeToo drama "Promising Young Woman" was named the outstanding British film at the ceremony with Fennell, who played Camilla Parker Bowles in the hit Netflix drama "The Crown", also winning in the screenplay category.

The outstanding debut by a British writer, director or producer went to Remi Weeks' "His House".

Thomas Vinterberg's "Another Round" was adjudged as the best film not in the English language.

"My Octopus Teacher", a moving story about the bond shared between a diver and an Octopus, won the BAFTA in the documentary category.

"Rocks" won in the casting category and helped Bukky Bakray become the youngest EE rising star at the age of 19.

The 2021 BAFTA Awards were announced this weekend over two consecutive nights. The ceremony, which traditionally takes place two weeks prior to the Oscars, was held at London’s Royal Albert Hall with nominees attending virtually.

While the opening night was hosted by British radio personality Clara Amfo, Edith Bowman and Dermot O'Leary turned host for the second night of the ceremony that awarded 17 prizes in total.

BAFTAs also paid homage to Prince Philip, the Duke of Edinburgh, who died on Friday at the age of 99.

Prince Philip had served as the first president of the BAFTA, holding the post from 1959 until 1965.

Prince William, who was set to make a special appearance in a pre-recorded interview and also make a speech via video, pulled out of the ceremony in the wake of his grandfather's death.