Best Wildcard Entrants Of 'Bigg Boss' Over The Years 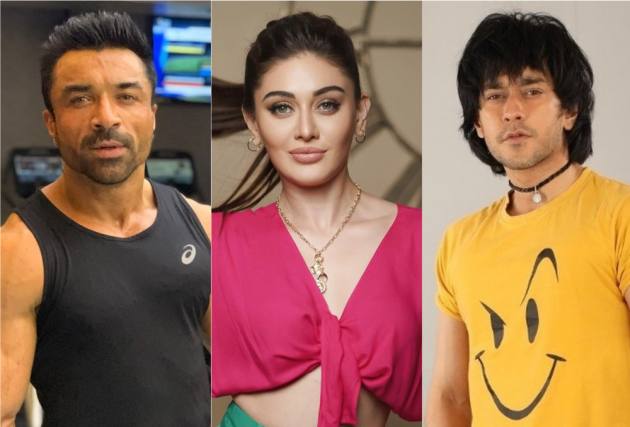 After surprising the audiences with three unexpected evictions, 'Bigg Boss 15' is now ready to welcome four new wildcard entries in the house. The promo of the forthcoming episode reveals Rakhi Sawant, Devoleena Bhattacharjee, and Rashami Desai entering the house and challenging the housemates. However, the actual surprise awaits as Rakhi states on camera that for the first time she is all set to introduce her husband to the world on national television.

With the show's 15th season underway, we look back to see the best wildcards that made an appearance on the show.

Shefali was certainly one of the best wild card competitors on 'Bigg Boss 13.' She came in and completely transformed the game.

Rishabh Sinha, a 'Bigg Boss 9' finalist, is the strongest wild card contender so far. He freely exposed numerous contestants on the day he joined, without fear of earning enemies for himself. He was unafraid to speak the truth. His battles with Prince Narula, Suyyash Rai, Kishwer Merchant, and the rest of the gang are legendary. Many individuals still believe he deserved to win Season 9 far more than Prince Narula.

'Bigg Boss 12' wasn't a particularly exciting season, but it is remembered for Surbhi Rana's antics. Rana was there on the opening night, however, the audience refused her entry into the event that day. That season, they had the notion of Singles and Doubles. She did, however, enter the house as a wild card, accompanied by Romil Chaudhary. Chaudhary and his partner Nirmal were expelled, but Rana was given another opportunity. Chaudhary's game was strengthened by Rana, and he advanced to the final. Who could forget her squabbles with Sreesanth?

Ali Quli Mirza was a wildcard contestant on 'Bigg Boss 8.' Since his first day, he has played a strong game and attracted a lot of attention. He was a finalist in the season and then appeared on 'Bigg Boss Halla Bol,' a spin-off of 'Bigg Boss 8.'

Ajaz Khan was a contestant on 'Bigg Boss 7,' and after his arrival, he made life miserable for everyone in the house. How can anyone forget how he referred to Gauahar Khan as 'Khan Sahab'? Ajaz Khan is well-known for his fearlessness. He also made it to the 'Bigg Boss 7' finale.

Imam Siddiqui was a contestant on 'Bigg Boss 6' and is best remembered for his nasty brawl with presenter Salman Khan. On national television, Siddiqui and Khan squabbled. Imam appeared to upset Khan because he had broken the house rules. Siddiqui was also chastised by Khan for uttering nonsense.

Dolly Bindra made her 'Bigg Boss 4' debut as a wild card. She was known for being aggressive and opinionated on the show. Her fight with Manoj Tiwari and the legendary dialogue "Baap Pe Mat Jana" will live on forever. It wouldn't be an exaggeration to call her the strangest wild-card entrant in the competition.

The Great Khali, a professional wrestler, was a wild card contestant on Bigg Boss 4. He was outstanding and came in second place.

Hindustani Bhau, also known as Vikas Jayaram Pathak, was recognised for his unusual way of speaking.