Mithila Makhaan, a film in Maithili, did not find takers earlier despite the fact that the film had won the prestigious National Award as the best movie in the language in 2016. 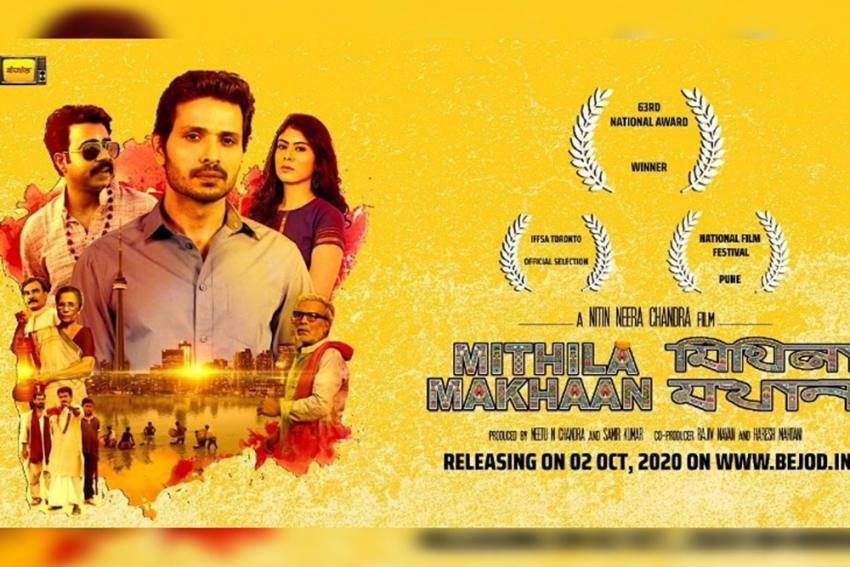 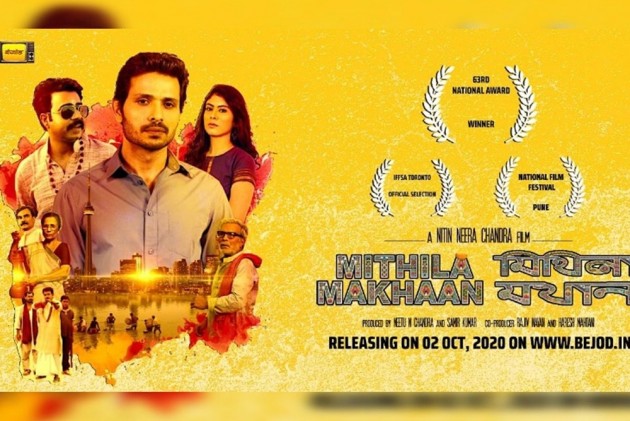 A host of Bollywood stars, from Hrithik Roshan, Nawazuddin Siddiqui and Manoj Bajpayee to Vidya Balan, Sonu Sood and Jackie Shroff have come forward to promote a rare Maithili film, which won a National Award four years ago but could not find any takers either for a theatrical release or streaming on an over-the-top (OTT) platform.

Mithila Makhaan, a film in Maithili — one of the Eighth Schedule languages — has been released today by its makers – siblings Neetu Chandra and Nitin Chandra – to a great response on their own online platform called www.bejod.in, after none of the OTT platforms agreed to telecast it earlier. This is despite the fact that the film had won the prestigious National Award as the best movie in the language by a jury headed by film-maker Ramesh Sippy of Sholay (1975) fame in 2016. Regardless of the fact that Maithili is spoken by millions of people in and outside Bihar, not to speak of Nepal where it is the second official language, the movie later failed to find any distributor.

After negotiating with the distributors and the exhibitors for months, Mithila Makhaan remained in the cans. The advent of the OTT platforms also could not change its fate, as they were seemingly wary of streaming a movie in a language, the film fraternity has not been familiar with over the years.

Even though the first Maithili film, Mamta Gabay Geet was made way back in the early 1960s, and an acclaimed director of his time, Phani Majumdar made Kanyadan in 1965, the Maithili cinema did not prosper in later years. Since then, unlike the prolific Bhojpuri cinema, Maithili films were made intermittently, especially in the new millennium but barring a few like Sasta Jingi Mahag Senur (1999), none of them could even break even at the box office.

Still, undeterred by the failure of Maithili films in the past, Bollywood actress Neetu Chandra and her director brother Nitin Chandra took up the cudgels to revive the moribund industry with Mithila Makhaan. Starring Kranti Prakash Jha, Anurita Jha and Pankaj Jha, the film made in the backdrop of the devastating Kosi floods in 2008, received unstinting praise by the National Award jury but no commercial support from any quarter.

Finally, the Chandra siblings decided to release it on their own, with self- as well as crowdfunding through their own online platform.  Neetu, who has worked in Bollywood hits such as Garam Masala (2005) with opposite Akshay Kumar and John Abraham and Oye Lukcy! Lucky Oye! (2008) with Abhay Deol, got ample support of many stars from the industry, not only the likes of Bihar-born Shekhar Suman, Manoj Bajpayee and Pankaj Tripathi but also among others from Hirhtik Roshan, who tweeted: “Taking a moment to congratulate Neetu & Nitin Chandra. The siblings who joined forces to back a film they believed in. And they made history! Here’s first ever Maithili film from Bihar to win the National Award. Keep up the good work.”

Other stars such as Jackie Shroff, Vidya Balan, Nawazuddin Siddiqui, Sonu Sood too sent out video their messages calling upon people to see the film.

The Chandras, who had earlier made an acclaimed Bhojpuri film, Deswa (2011), which too had failed to get a proper theatrical release, say that they will continue to make clean and meaning films in the regional languages and dialects of Bihar in their pursuit to establish a film industry of repute in their native state. They have been at the forefront in their fight against the vulgar cinema and music in the Bhojpuri industry for many years and remain hopeful that sooner or later, they would be able to bring about a change.