Even though Aamir and Kiran are no longer together, they continue to co-parent their son. 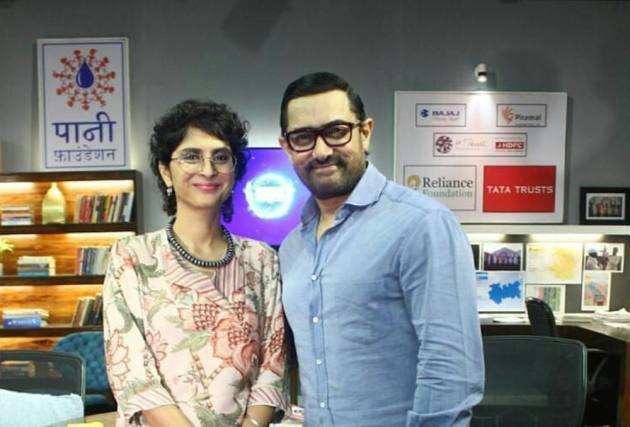 Aamir Khan and Kiran Rao, who divorced earlier this year, reunited to celebrate their son Azad's birthday. Azad turned ten this year, and their longtime friend, author and writer Shobhaa De, shared photos from the event on her Instagram account. Rao rocked an edgy new hairdo while casually dressed in a grey T-shirt and light grey jeans. Her blue highlights were visible in her short hair. Khan, too, was dressed casually for the occasion, in a black T-shirt and yellowish-brown slacks.

Even though Khan and Rao are no longer together, they continue to co-parent their son. They were pictured cheering for their son Azad at his football game earlier this week. The pair announced their split earlier this year in July, stating that they will continue to be co-parents to Azad and interact professionally.

On the work front, Aamir Khan is gearing up for the theatrical release of 'Laal Singh Chaddha,' which is due on April 14, 2022. This film, directed by Advait Chandan and starring Kareena Kapoor Khan, is a recreation of the blockbuster Hollywood film 'Forrest Gump.'