Actor Aamir Khan will be specially screening his upcoming film 'Laal Singh Chadha' in the US for actor Tom Hanks, who was in the original film 'Forrest Gump'. 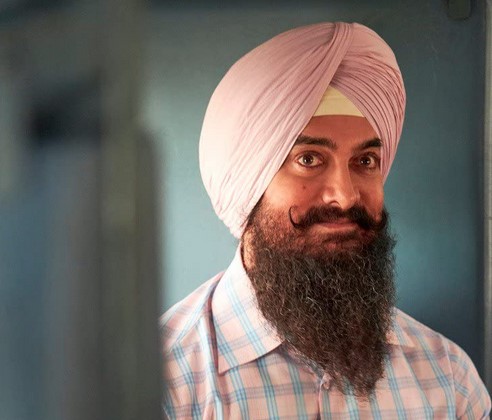 Actor Aamir Khan is getting ready for the release of his much anticpated film 'Laal Singh Chaddha'.  In the Hindi adaptation of 1994 film, 'Forrest Gump', Khan will be essaying the role of Hollywood actor Tom Hanks.

As reported by News 18, actor Khan will be hosting a special screening of the film for Hanks in the United States. He is keen on showing the 65-year-old Hollywood actor his upcoming film's ‘personally'.  A source close to the team told the publication that Khan will reportedly be holding a screening of 'Laal Singh Chaddha' for actor Tom Hanks before its released worldwide as he is keen to know the senior actor’s ‘thoughts’ on the adaptation.

Hanks played the titular role in 'Forrest Gump', which was an American comedy-drama based on Winston Groom’s 1986 novel 'Forest Gump'. The story is about the life of Forrest Gump, a man who lives thorugh many historical events in the 20th century that take place in the US.

For 'Laal Singh Chaddha', Khan has shot across as many as 100 locations across India.

The film also stars actress Kareena Kapoor Khan, who filmed for the movie during her second pregnancy.

The film is due to release on April 14th 2022. It has been directed by Advait Chandan and co-produced by Khan, his ex-wife Kiran Rao and Viacom 18 Motion Pictures.