‘Aarya 2’ Review: Sushmita Sen’s Power-Packed Performance Keeps You On The Edge Of Your Seats

Actress Sushmita Sen is back with a new season of ‘Aarya’ that is much darker that the previous season and keeps you hooked till the end. Here’s the full review of filmmaker Ram Madhvani’s ‘Aarya 2’. 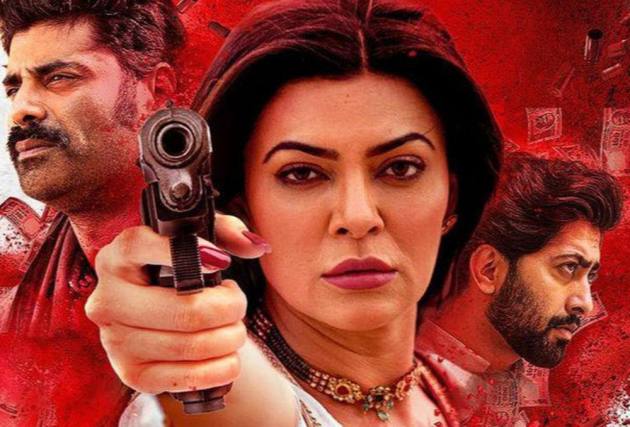 What’s It About:
Aarya (Sushmita Sen) is coerced into abandoning her witness protection program and returning to India with her children. In the first season, she was seen handing over her husband's killers to cops and singlehandedly crumbling a thriving drug syndicate, which also involved her own brother and father. Her return to India rekindles her old ties with the family, which she wants nothing to do with anymore. That ignites the enmity with others who are gunning for her head due to the personal and financial losses she cost them. Will she be able to survive? Will she be able to come victorious on the top once again? Will she be able to mend ties with her family? Will she be able to deliver justice to the killers of her husband? Well, you’ll have to watch the show for that.

What’s Hot:
Actress Sushmita Sen is back and feistier than ever. The actress outperforms her already stellar performance from the first season. With every tear, with every laugh, with every moment of sorrow, with every instance of weakness, and with every display of unfathomable strength, audiences are completely swept away with the powerful performance of Sen. Not just Sen, the rest of the cast likewise deliver flawless performances.

Filmmaker Ram Madhvani advances the story in the best and most logical way possible, putting 'Aarya' and her children at odds with both her family and her foes, while also generating new challenges for her. The drama is once again tightly strung and keeps you on the edge of your seats. Despite the fact that this time it is a bit of a slow burner, and the surprise aspects, as well as crime hijinks, are darker and nastier than the previous season. Overall, it keeps you hooked till the very end, which is sort of most important for any sequel or second season.

What’s Not:
Where 'Aarya 2' falls short is in the scenes, which feel slightly stretched out in order to accommodate eight episodes of about 40 minutes apiece. The makers could have easily cut it short to six episodes or if they wanted to keep it as eight episodes, just reduce the length of the episodes to around 20-25 minutes each. The editing would have come out much crisper in that case.

Also, this season abandons its thrill-a-minute criminal narrative, which was the highlight of the first season. This time it goes more so for a periodically exhilarating experience which does have its bouts of mixed feelings which at times do tend to become like a daily soap. It is this reason that doesn't let this season topple the first season in terms of being a fan favourite.

Verdict:
I won't deny that 'Aarya 2' isn't as pulsating as its predecessor season. But it is still a very compelling crime thriller. The dip in the enthusiasm through this season gets very well compensated by the brilliant performance of Sushmita Sen. That more than compensates for all the shortcomings. She is a tour de force and her act towers over her already superlative performance in the previous season. I just am kept reminding all through as to why we don't see her giving such brilliant performances on the big screen! Well, it seems Bollywood sorely missed tapping into her dexterity. For 'Aarya 2', I'm going with 3.5 stars.