There have been numerous cases of vandalism on the sets of Bollywood movies or shows. Here are a few of the most striking recent examples of such vandalism on sets. 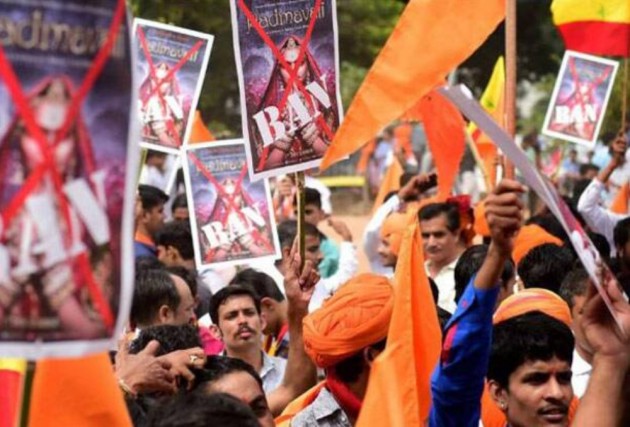 Vandalism on the sets of Bollywood films and shows is not a new phenomenon. There have been numerous occasions that some or the other political group has come on sets and has created a ruckus. There has been the destruction of property on sets and also at times the cast or crew has been manhandled in the scheme of things.

Here are a few of the most famous recent incidents of vandalism on the sets of a Bollywood film or show’s sets:

Bajrang Dal workers ransacked the sets of ‘Aashram’ web series during its filming and even threw ink at the director, Prakash Jha. The filming was going on at the old jail in Bhopal, where the Bajrang Dal workers stopped the vehicles and pelted stones at them, leaving some crew members injured.

Reportedly some drunken goons entered the sets of the web series ‘Fixerr’ and started claiming that it was their property and the necessary permissions had not been sought. Producer of the show Sakett Saawhney spoke on a video that narrated the whole horrific incident. He confirmed that the permissions were in place. Their director of photography Santosh Tundyal was attacked on the head. The director Soham Shah was holding his arm and Saawhney claimed that the helmer dislocated his shoulder during the attacks. He went on to add that the female crew was also badly manhandled. He and actress Mahie Gill elaborated that the female crew, including her, were beaten up and assaulted on the sets.

Members of the Karni Sena demolished ‘Padmaavat's sets at Jaigarh Fort in Jaipur in January 2017. The fringe group launched an aggressive demonstration against director Sanjay Leela Bhansali, even confronting him physically. They also destroyed expensive film equipment, and the filming of the picture was halted for a few days as a result of the event. The film's sets on Kolhapur's Masai plateau were vandalised during the night in March 2017. The sets for the film were set on fire, which not only damaged private property but also injured animals on the set at the time of the event. Around 20 to 30 individuals arrived at the film's set armed with petrol bombs, stones, and lathis. They ruined the costumes and burnt the feed for the animals before setting fire to the scene. The attacks were planned because fringe Rajput organisations alleged that the film has a dream sequence in which Rani Padmini and Alauddin Khilji are shown kissing. The accusations were refuted by the film's production crew.