Actor Abhay Deol just took to social media to make his relationship with Shilo Shiv Suleman Insta official. This has left his fans heartbroken. Here’s all you need to know about Suleman. 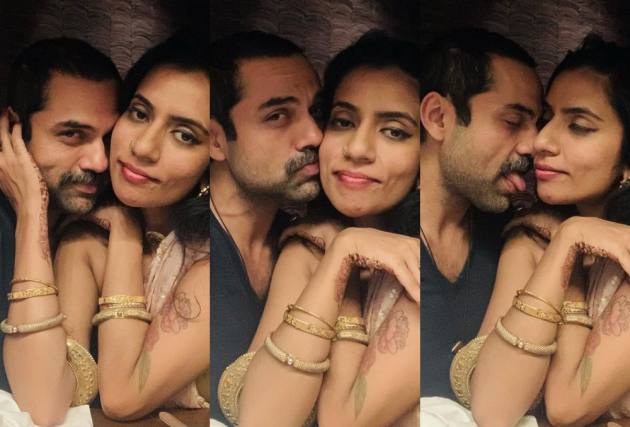 Actor Abhay Deol posted a series of romantic photos with Shilo Shiv Suleman with the caption 'tribe.' No, there was no confession of love, nor was there any hashtagging to imply it. But the images were provocative enough, at least according to Abhay's fans. And they're not having a good time of it.

He posted three photos, all of which included Shilo. In the first, they are seen cosily posing for a picture, with her palm resting on his cheek. In the second, Abhay is seen kissing her on the cheek. While looking away from the camera and in the third, Abhay is seen suggestively licking her cheek. What was the end result? An Instagram squabble over who Shilo Shiv Suleman is and if it means that Deol is taken.

Here are the pictures:

Well, they were heartbroken, to say the least. While many wished them luck, including friend Monica Dogra, who wrote, "Love you both (sic)." Most others were, well, not happy that Abhay ruined their day. One fan wrote, "oh well," while another wrote, "my heart is broken, somebody pls declare it A NATIONAL HOLIDAY. You can not do this to my fragile heart. BUT I AM HAPPY FOR YOU." Another cheeky fan wrote, "Alexa, play Jag Soona Soona Lage."

For the unversed, Shilo Shiv Suleman is an Indian modern artist who was born in 1989. She is also the creator and head of the Fearless Collective, an organisation that allows over 400 artists to utilise art to resist gender abuse. Shilo is a phenomenal artist. She was raised by her mother, Nilofer Suleman, and began drawing and writing at an early age. She quickly became a blogger and artist. At the age of 16, she illustrated her first children's book. In 2015, she received the New Indian Express Devi award, and in 2014, she received the Femina Woman of Worth award.