Abhishek Bachchan Announces Next Season Of 'Breathe: Into The Shadows'

Abhishek Bachchan played the role of Dr Avinash Sabharwal in the previous season, who was in search of his missing daughter. 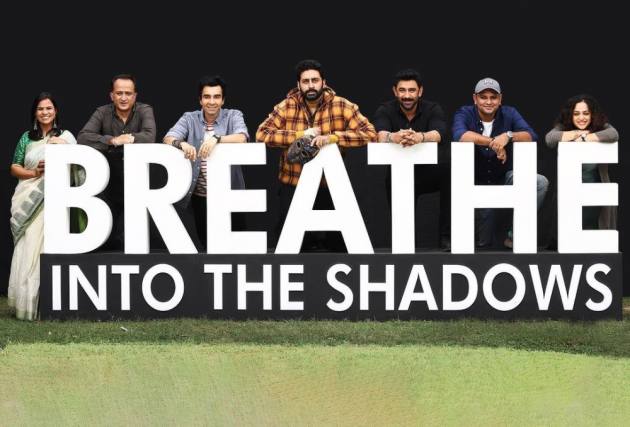 Actor Abhishek Bachchan informed his fans about the sequel to his popular web series 'Breathe Into The Shadows'. The actor made the announcement on his social media accounts on Wednesday.

The first installment of the show was titled 'Breathe' was released in 2018. The next season was  titled 'Breathe: Into The Shadows', featuring Sadh and Bachchan in 2020.

In the upcoming season, Bachchan along with actors Nithra Menen, Amit Sadh and Saiyami Kher will be reprising their characters. A new addition to the show will be actor Naveen Kasturia, who will be seen in one of the leading roles of the series. The show will be produced by Abundantia Entertainment and directed by Mayank Sharma.

“We are happy to unfold a new chapter in our journey with Amazon Prime Video with another edition of 'Breathe: Into The Shadows'... With Mayank at the helm once again and backed by a strong team of writers, this season will see a host of new characters amp up the drama anchored in a strong emotional core. We’re excited to kick-start another enthralling season,"  Vikram Malhotra, CEO, Abundantia Entertainment said in a statement.

The first season followed the life of Dr Avinash Sabharwal (played by Bachchan), who was in search of his six-year-old daughter. The daughter was kidnapped by a masked man, who demands Bachchan to kill someone before he can unite with his daughter.

“Given the popularity and sheer anticipation around 'Breathe: Into The Shadows', a new season was imminent. As the plot intensifies and new characters infuse raw energy into the narrative, the stakes and the thrill go higher this season. The announcement of the new season of this award-winning franchise, reiterates our commitment to develop and showcase the most authentic and compelling stories from India that will transcend all geographic boundaries”, said Aparna Purohit, Head of Originals, Prime Video India.

The production of the series has started in New Delhi. The show is expected to stream in 2022 on Amazon Prime Video.