“Well, she has seen me throughout the making of the film, so nothing adverse that way. She found it quite cute, actually," Abhishek Bachchan stated when asked about his daughter Aaradhya Bachchan's reaction to witnessing him as a killing machine. 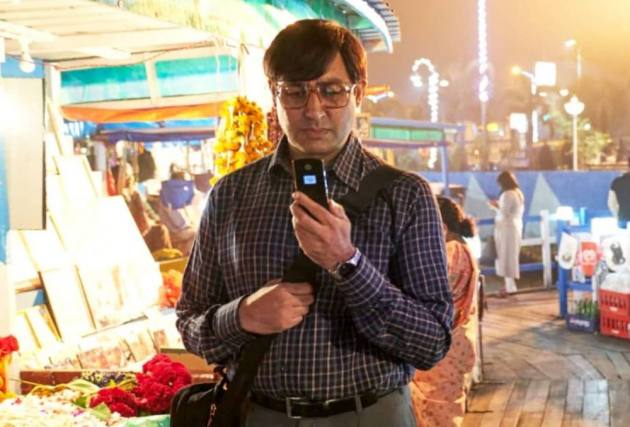 Abhishek Bachchan was offered the role of 'Bob Biswas' in 'Kahaani' almost a decade ago but had to decline. The film was a sleeper smash, and the character, played by Saswata Chatterjee, became so popular that the character was given its own feature.

Bachchan now acts alongside Chitrangda Singh as 'Bob Biswas' in the film of the same name. When asked if he has any regrets about leaving 'Kahaani', he told Hindustan Times, “There is no way to answer this question without stepping on people’s toes but I’ll try. In all fairness and honesty, I didn’t know that he was offering me the role of Bob Biswas in 'Kahaani'. Yes, it’s true that we had spoken, as we have been for the last two decades about doing a film together.”

“He had told me a plotline, the story idea that he had, which at that point I couldn’t do because I was about to leave for an outdoor (shoot) for a movie I did, 'Bol Bachchan'. Due to my unavailability, he went and made that film (with someone else). That film happened to be 'Kahaani', I didn’t know it was going to be 'Kahaani' and the role he was offering me turned out to be 'Bob Biswas'. I am not somebody who believes in regrets, you get what you deserve. You can’t live your life in regret and keep looking over your shoulder all the time,” Bachchan added.

Bachchan expressed his delight at the role of 'Bob Biswas' being revived." I was more than happy when he came to me because it was a great role. I don’t know any actor who would say no to a role like this,” he said.

Saif Ali Khan stepped into Bachchan's shoes in 'Bunty Aur Babli 2' earlier this month. Bachchan takes over from Chatterjee as the insurance agent who moonlights as a hired assassin in 'Bob Biswas'. “It’s immaterial what I think, it really doesn’t matter. At the end of the day, the audience that goes and watches the film is going to decide whether they like the film or not. Contrary to what we actors like to believe, it isn’t all about us. It is about the film.” Bachchan replied when he was asked about what he thought of it.

Junior Bachchan urged the audience to give 'Bob Biswas' a ‘fair chance’. “If you enjoy the film, you get your answer right there,” he said. He added that it would be ‘premature’ to form an opinion based on the trailer alone.

He stated it was a conscious decision not to put on a Bengali accent in his depiction of 'Bob Biswas'. “Just because you are from Kolkata, doesn’t mean you have to sound Bengali all the time. I am from Mumbai, I don’t sound Marathi. We were very clear that we wanted to stay away from that. Barring one phrase, which is kind of like his taqiya kalam (signature phrase) - ‘nomoshkaar’ - which only comes once in the film.Even Chitrangda’s character Mary to our children in the film, there is no attempt at an accent or any such thing. Kolkata is a character in the film, which is the backdrop, the setting of our story,” he said.

The greatest obstacle, according to Bachchan, was maintaining the weight he put on for 'Bob Biswas' throughout the lockdown. “I had put on a crazy amount of weight. I had become between 100-105 kilos and it was very difficult to keep on during the lockdown. You have to understand that during the lockdown, we were leading a very enclosed life, we can’t move around too much. So having that kind of weight which your body is not used to is very, very difficult.”

While his father, Amitabh Bachchan, was effusive in his admiration for the 'Bob Biswas' video, Bachchan stated the rest of his family was "reserved." “The ladies of the house (his mother Jaya Bachchan, wife Aishwarya Rai and sister Shweta Bachchan) are very reserved with their comments because they don’t like to say anything that will not come true. So they like to keep quiet till the film comes out. But I still get food when I go home, I haven’t been thrown out, so I presume it’s okay,” he said.

“Well, she has seen me throughout the making of the film, so nothing adverse that way. She found it quite cute, actually. She doesn’t really know what Bob does (laughs),” Bachchan stated when asked about his daughter Aaradhya's reaction to witnessing him as a killing machine.

'Bob Biswas', according to Abhishek Bachchan, was conceived as a theatrical release. “Obviously, we would love to see it on screen but the circumstances are what they are. There is something else that you have to consider, that there is a huge business side to it that comes into play. We are talking about a film which already had to wait for 10 months and the producer had to foot that bill,” he said.

Abhishek Bachchan discussed the differences between big-screen and over-the-top (OTT) films. According to him, the latter must be constantly engaged. “You can’t bore them for more than a minute because if it is more than a minute, I believe they press that button and they are out of there, gone.”

'Bob Biswas', on the other hand, is considered by Bachchan to be in the sweet spot between cinema and OTT. “It was written for the big screen but it seamlessly and perfectly fits into the kind of content that is being consumed on OTT. I think the subject matter, the approach, the execution is something that seamlessly fits perfectly in the OTT space. We have all been very lucky to get an opportunity to collaborate with Zee5,” he said.