Abhishek Kapoor: The Problem Is Not With The Transgender Community But With Society

Ace filmmaker Abhishek Kapoor’s last release ‘Chandigarh Kare Aashiqui’ spoke about the very important topic of transgenders. He speaks up about how he normalised the story and how he made it not come out as preachy. 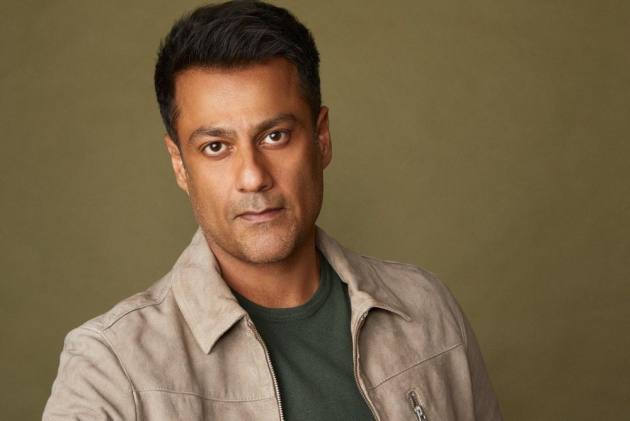 Filmmaker Abhishek Kapoor has been garnering a lot of praise over the last two weeks for his film ‘Chandigarh Kare Aashiqui’ which has received some great reviews. Even at the box office, the film did decently. It was interesting to see how a film with a central character as a transgender was accepted by audiences all across.

In a chat with Outlook, Kapoor talks about the idea of the film, how it germinated in his mind for quite a long, how he ended up convincing actress Vaani Kapoor and actor Ayushmann Khurrana for the lead roles, and how he feels this taboo around transgenders can be removed from society. Excerpts from the chat:

‘Chandigarh Kare Aashiqui’ did well on the silver screens. Was Vaani Kapoor the first choice to essay the role of a transgender?

I was a little sceptical before I stepped out. I knew that someone from the mainstream arena had to take up this role. You know, the way our industry functions… actors don’t want to stigmatise their image. I was contemplating as to whom to approach. Vaani read the script and she loved it. She was very trusting of me.

It is now apparent that Ayushmaan Khurrana has established a fandom for his quirky characters. Was he an obvious choice considering his image of selecting such scripts?

That’s not my process actually. It is after the writing process that I approached Ayushmaan. He is a champion of cinema and of films that deal with social issues. He wouldn’t be averse to it. I knew that he would appreciate the role immediately. And that’s what happened when he read it. He has done several films. He is a star. We also had the time because we were in a Covid lockdown. So we wanted to bring in a new Ayushmann and that’s what we tried to achieve.

It was said that Ayushmaan Khurrana suggested the title of the film. How true is that?

We were earlier going to shoot in Delhi and we had another title for the film. The kind of films we’ve made and the kind of people we touch upon with this, we wanted to make it more receiving. We wanted the topic to be normalised. And to do that, we wanted a language that the audience will understand. Hence, he went in for a title that is more universal.

When you write or direct such a project, how do you make it light and entertaining? How do you not make it preachy so everyone can understand it?

I think it would be preachy if I had studied the subject matter superficially. I spent so much time with my script and the characters. By the time I was finishing the script, the transgender community was normalised for me. I have digested it. I have normalised it in my system. That’s just the way it comes out.

They aren’t problems. They are just conditions. They’re realities. The problem is not with the community but with society. They aren’t facing problems within society. People from the trans community are very strong and know how to come back. The problem lies in society as they’re very close-minded. They need to open up their minds and understand what the world actually is.

As someone who has lived with this project for a long time, in your opinion, what should society and the government do so that this taboo can be removed or somewhat reduced?

I think governments are doing a lot. There are many steps that are being taken for the trans community. People are being included in society. They are being given meaningful positions in politics and various other sectors of this country. We are doing it. But, there need to be more conversations about it, more acceptance of it, and more normalisation about it. Films made about the transgender community are very few and they’re like very art-house films. These films aren’t conversation starters. Most of these films just simply express the anguish that the community goes through. But these stories are not celebrating beyond the darkness. You need to bring it in the open and pull the curtains out. You just got to put some light on it. There’s nothing to be scared of. There are beautiful people who have been through a lot. And in my belief, people who go through so much have a huge understanding of life and how to live because they have been through the strands of fire. They contribute so much to society and its well-being. It’s important to open the doors and let them in and they just add so much more to society.

As a filmmaker and a writer, do you have any tick boxes that are a must in your film? What are those tick boxes?

I don’t have any tick boxes. I go by my gut. It all starts with an idea. If it has purity, it starts to grow automatically. I am not an expert in any of the ideas that I made films about. It is just the thing that got my attention. With a quest to learn more and because I do not know anything about it, I pick it up from various perspectives, choose one and go for it.

From where did the idea of this film stem?

It started in 2017 when a lady by the name of Simran Sahani met me. She came to me with a thought of a transgender character and I was taken aback by it. I just asked her to leave the idea with me because I may or may not do anything with it, as it was so fantastic. She was a professional writer. After ‘Kedarnath’, I realised that the idea was still kind of growing in my head. And then I got a team of writers and got cracking on it, and then eventually this is what you see on screens today.

You even paid a tribute to Sushant Singh Rajput at the beginning of the film. Whose idea was that?

The idea cannot be anybody else’s but mine. We’ve done two very special films together and his passing away was very heartbreaking for me. I just thought that we needed to add this to the film.

I think talking about Sushant would not be great. I don’t want to divert the attention from the film.

I don’t know what kind of a director I am. I am constantly driven for the purpose of discovering. I wanted to enjoy ‘Chandigarh Kare Aashiqui’ and then get into a new world. I had fun making this movie, learning something about new people, and hopefully in the next too.

You mentioned something about a new world. What new world can we expect from you?

I have a few ideas but I haven’t figured out what’s going to be next.