Actor Bikramjeet Kanwarpal Dies Due To Covid-19 Complications At 52

Actor Bikramjeet Kanwarpal was admitted to a hospital in Mumbai where he died on Saturday morning. 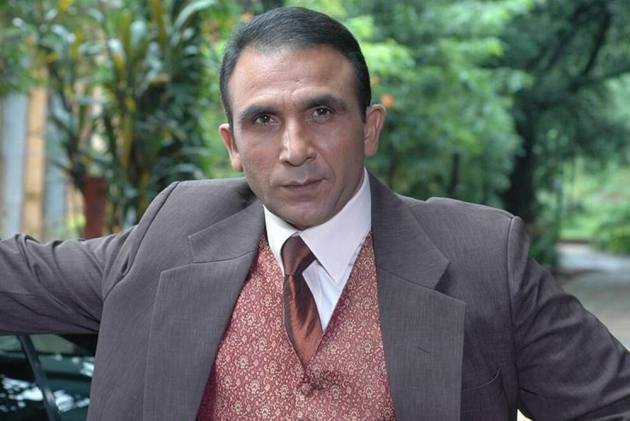 Actor Bikramjeet Kanwarpal, who has appeared in many popular films like "Page 3" and " 2 States" and has also been a part of popular television shows like "Adaalat", died due to coronavirus-related complications on Saturday morning. He was 52.

The actor, who was admitted in a hospital in Mumbai, passed away on Saturday morning.

"He was admitted to hospital ten days ago at Seven Hills, he was later shifted to ICU as his condition worsened. He passed away today morning at around 5 am," Kanwarpal's close friend Himanshu Dadbhawala said.

After retiring from the Indian Army, Kanwarpal made his acting debut in early 2000. His other movie credits include "Rocket Singh: Salesman of the Year", "Jab Tak Hai Jaan", "Aarakshan" and "The Ghazi Attack".

On television, some of his noteworthy performances were in Anil Kapoor-starrer "24", "Adaalat", Diya Aur Baati Hum" and "Yeh Hai Chahatein".

He was last seen in Disney Plus Hotstar web series "Special Ops".

Kanwarpal is survived by his parents.

Soon after the news of the actor's demise, several cine personalities took to Twitter to pay tributes to one of the most "disciplined, energetic and positive man".

"Extremely sad news . I’ve known Major Bikramjeet for so many years.  He and I have worked on so many films together. The last being Bypass Road. Such a fantastic, encouraging and energetic human being he was and will always be remembered as. #RIP My dear friend will miss you," he wrote.

Extremely sad news . I’ve known Major Bikramjeet for so many years. He and I have worked on so many films together. The last being Bypass Road. Such a fantastic, encouraging and energetic human being he was and will always be remembered as. #RIP My dear friend will miss you ðð»ðð» pic.twitter.com/8NE6FeZ6Ei

Music composer-singer Vishal Dadlani called him a man of dignity.

"A man who lent dignity to everything he did, #BikramjeetKanwarpal carried the Fauji stamp. Jai Hind, Sir," he said.

A man who lent dignity to everything he did, #BikramjeetKanwarpal carried the Fauji stamp. Jai Hind, Sir. ðð½ https://t.co/WO4chrdiL7

Actor Siddhant Kapoor shared a photograph of him on his Instagram Stories.

"I'm so sorry major! Will have dinner with you on the other side some day! Love you may your beautiful soul RIP thank you for serving the nation, lost a friend and a co-star," he wrote.

"And we lose another one... The happiest, most gentlemanly, always positive and smiling Major Bikramjeet...  RIP," he said.

Actor Bidita Bag said he was a disciplined man while serving in the army and also as an actor.

"As an army officer he religiously served India. He was a disciplined man in his previous post as also in his current thespianic art. He was lively, vibrant, full of energy. My grief goes boundless that I would ever never get him as an inspiring co-actor. RIP #BikramjeetKanwarpal," she said.

“Sad to hear about the demise of actor Major Bikramjeet Kanwarpal this morning due to #Covid. A retired army officer, Kanwarpal had played supporting roles in many films and television serials. Heartfelt condolences to his family & near ones," he wrote.