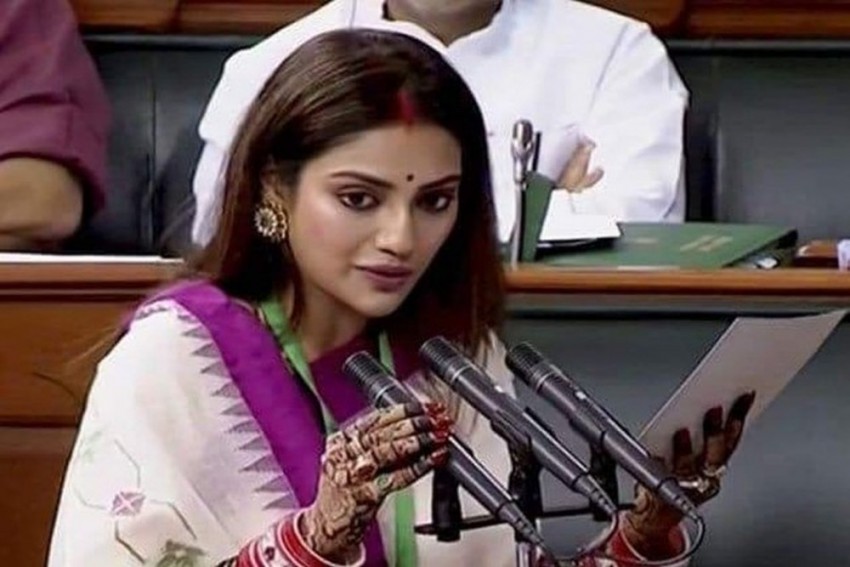 Tollywood actress and Trinamool Congress MP Nusrat Jahan on Wednesday said her marriage with businessman Nikhil Jain is invalid in India as it was held in Turkey.

Jahan, who is recently dating the actor and assembly poll candidate Yash Dasgupta, said in a statement that her marriage with Jain was not a legal marriage but a live-in relationship as their wedding in Turkey did not have recognition in Indian law. She said her marriage ceremony with Jain had taken place in accordance with Turkish Marriage Regulation.

Commenting on Jahan's statement, Jain told reporters: "I don't want to say anything. Everything will be decided by the court. The matter is in court."

Jahan, in her statement also claimed, "Since it was an interfaith marriage, it requires validation under Special Marriage Act in India, which did not happen. As per law, it is not a marriage, but a relationship or a live-in relationship."

Referring to Jain's recent statement to the media that he sought divorce from Jahan, the MP from Basirhat constituency said, "The question of divorce does not arise due to above-mentioned reasons."

"Our separation happened long back, but I did not speak about it as I intended to keep my private life to

myself. Thus, my actions must not be questioned based on 'separation', by the media or anybody I am not related to. The alleged marriage is not legal, valid and tenable; and thus, was not a marriage at all in the eye of law," she alleged.

Jahan had tied the knot with Jain at a destination wedding ceremony in Turkey in 2019, attended by a select few.

After winning the Lok Sabha Elections in 2019 on a TMC ticket, Jahan hosted a grand wedding reception at a five-star hotel in Kolkata which was attended by Chief Minister Mamata Banerjee among other dignitaries.

Nusrat issued the statement amid speculations of a rift in her marriage and reports that she is living separately and is pregnant.

"My visit to any place for business or for the purpose of leisure, should not concern anyone with whom I have separated. All my expenses have always been borne by me contrary to claims by 'someone'," she further said in the statement.

She added that she would never speak up about her personal life or anyone she is not related to.

"Thus, people who call themselves 'normal people' must not entertain anything which is not related to them.

"I would request the media to refrain from questioning the wrong person, who has not been a part of my life since long now.... I would earnestly request my friends from the media to not give unnecessary mileage to such people or situations," the statement read.