Adarsh Gourav: It Feels Great To Be Able To Go From Playing Balram Halwai To Ankit Pandey In ‘Hostel Daze’ 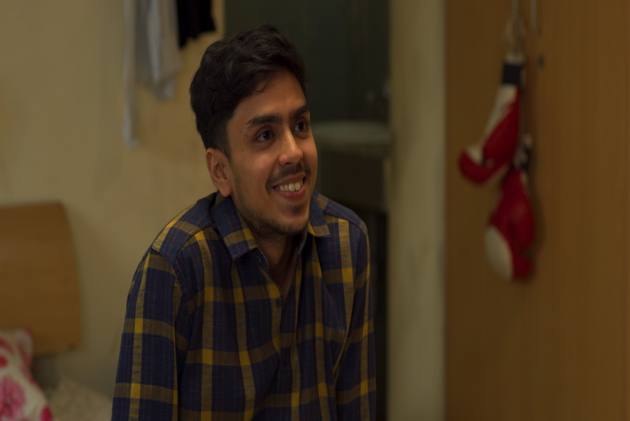 His BAFTA nomination for playing Balram Halwai in ‘The White Tiger’ might have made actor Adarsh Gourav an overnight star, yet the 27-year-old actor refuses to be carried away by all the accolades that have come his way since, or the increased scrutiny of his work.

“I don’t think I’d ever want to do [to a new project] with that thought process,” says Gourav who will be soon returning as Ankit ‘Dopa’ Pandey in the second season of the show, ‘Hostel Daze’ on Amazon Prime. For Gourav, playing someone a character like Ankit just after he played a heavily layered character like Balram was the best thing that could ever happen to him.

“I am extremely happy that this happened because it gave me a chance to showcase to people what I can do with different characters. Like I can show people that I can play someone like a Balram Halwai, but then I can also play someone like Ankit. I think that’s great,” he adds.

“I know he looks like this calm and simple guy in front of these other completely whacked-out characters. But that was the challenge I feel because Ankit is not funny and gets himself in these awkward situations which then become funny,” he adds

Gourav’s character of Ankit is “very” different from the actor in real life. “I am nothing like him,” Gourav says. Yet there were many themes through which Gourav could relate to his character, which as he points out, makes the character more relatable.

“I could probably relate to that feeling when Ankit comes to the hostel for the first time and sees these news faces because a similar thing happened to me when I first came to Mumbai and went to a school there on the first day. There are many other themes like that, that help you sort of relating to that time period and the character,” he says.

“I think the best part about playing the role of someone who is younger than you is that you have already lived that time period. So, you are looking at things as a retrospective,” he adds.

And perhaps that’s why he is not one of those actors who claim to not be bothered by audience reaction. “Yes, I do get excited when people praise my work because that means that audiences are connecting to the work I do. So, I do think about these things and see how people react to my work because at the end of the day we are creating something for the audiences to consume,” he says signing off by saying that he is grateful to be able to work at a time where “everyone is looking to push boundaries”.

“Now you cannot just sit back and get comfortable. You have to constantly be on your toes and keep evolving and keep being part of all kinds of stories. I think OTTs have really brought that aspect in a great way and now stories dominate the project. There are no bankable stars anymore and I think it’s a great time to be in.”