'83' Actor Adinath Kothare: The Difference Between A Marathi And A Hindi Movie Set Is The Budget

Actor Adinath Kothare gets in a candid conversation with Outlook as he discusses the surreal experience of being in the Kabir Khan-directed sports drama, '83', his experience playing Dilip Vengsarkar, and the difference of Marathi cinema from Hindi cinema. 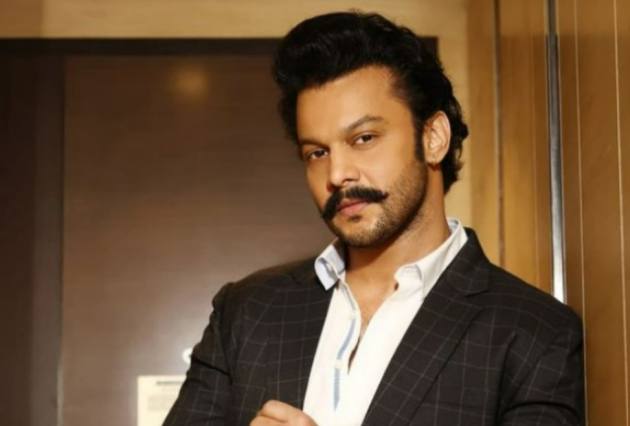 Actor Adinath Kothare has been praised a lot for playing cricketer Dilip Vengsarkar in the recently released '83'. The film has garnered tremendous good reviews, but unfortunately is not getting that much box-office returns due to the ongoing rise in Covid-19 cases, and the governments of various states declaring a shutdown of theatres.

In a candid chat with Outlook, Adinath Kothare speaks up about the film, '83', how it landed on his plate, whether he wanted to always play Dilip Vengsarlar, and lots more. Excerpts from the chat:

Well, there are so many characters in the film. But yes, I was offered Dilip Vengsarkar. I think this movie, is about the team, the team spirit and a bunch of 14 boys back then in 1983 who went to England. With a dream but with nothing In their pockets. No hopes from anyone! Because they were underdogs. And how the 14 boys did achieve the impossible, is the most inspiring feat. And that changed the face of cricket in India and changed the face of India in the world. It’s a revolutionary moment in the history of India and being a part of this project and a part of this story is in itself is a big thing. Every player was and is a legend. Except for Yashpal Sharma who passed away recently, unfortunately. But each and every other player from the 1983 World Cup who is alive, and to get to portray any of these characters is a blessing because they all are living legends. Dilip Vengsarkar, colonel as he was called, I am extremely honoured to play his part. I am honoured to be a part of this project and there is no other way I would have it. Each and every actor has imbibed and performed the character that he has portrayed so well. I think we have lived the parts that were given to us and we have lived the characters. Right from Ranveer to everyone in the team. It’s an honour to be a part of the journey, the story, and this project.

Did you get to interact a lot with Dilip Vengsarkar in order to prepare for the character?

I did interact with Dilip Sir because it was part of our process. We were made to interact. I had many sessions with Dilip sir. I’ve met him over coffee, we used to sit in MCA. He was extremely kind and friendly and open-hearted with me where he would welcome me anytime. He always said, “Adinath you can call me anytime. You can come and meet me. We can meet at MCA and chit-chat. Whatever you wanna know, I’ll tell you.” He is an extremely gracious gentleman and I think the word colonel applies to him for a reason because of the disciple and the class that he brings to his personality and his form of cricket. And yes, I had a great time interacting with him. In fact, we interacted with each and every player of 1983 and they all are gods of cricket for us and it was just an honour to be able to do this. Someone of my generation would have never got to interact with these gods of cricket. It’s a real honour.

He got injured quite early in the 1983 world cup, which gave him less time in the field. Did you get enough screen space in the movie while playing Dilip Vengsarkar?

The moment where Dilip Sir got injured in the 1983 World Cup was a major setback for the Indian team at that point. Dilip sir and Malcolm Marshall had a rivalry right from the West Indies' tour days. Malcolm Marshall wanted to deliberately knock his head off. He mentioned in his autobiography that he wanted to knock his head off! And with that intention, he knocked his jaw. Sir got an extremely bad cut and he got around 7-8 stitches. It was an extremely dramatic moment and a major setback for the Indian cricket team. If you ask me about the screen time, I think every player has a moment in the film. It is truly one of the finest sports scripts ever written. Hats off to Kabir sir and his team for putting together a fantastic film.

To be honest, I don’t approach a project keeping the end result in my head. I approach it a day at a time and I approach it from a content point of view. When I do solo leads I do not take the weight of the film on my shoulders. I put my heart and soul into whatever I do. When it came to ‘83’, yes it’s the first time I did a project with an ensemble cast. And yes, I was a bit nervous in the beginning because each and every actor in this ensemble is a stalwart and an established actor. Ranveer is a star and so are the others. And when we all come together I was always very curious and a bit nervous. Before the shoot started I was wondering that how would it be to perform amidst all these great actors and a great director like Kabir Khan. There were butterflies in my stomach but I think we had a boot camp of 10 days before we went on the floor and that was an ice breaker for all of us. Kabir sir intended to do that because the movie is not about just one player, it’s about a team spirit and comradeship that made these 14 boys achieve the impossible. And that chemistry, that spirit is what Kabir sir really wanted to capture. For that, he needed the team, each and every actor to interact well with each other and blend into and actually look and feel like a team.  So that boot camp at Dharamshala that we did was extremely crucial. We all lived together for the first time, we were eating together, enjoying and playing together and that just took the edge off from everyone I’d say. I think that nervous energy was completely canceled off because of the fantastic chemistry that we discovered at the Boot Camp. From then onwards the shooting was a smooth ride. It was like a trip to us. 3 months in the UK, it’s gonna be the most unforgettable and surreal experience of my life.

The film got made long back, but due to the pandemic, it was getting delayed. Were you upset or frustrated at that time as to why the movie isn’t releasing yet? What was feeling then?

Yes, it was a setback. We were all geared up for the April 10, 2020 release. When the lockdown was announced, we were all clueless as to how long it would take. We had no idea that it was going to be two years. We were taking it one day at a time but yes I think the entire process of two years taught us the most important thing, as an artiste and a human being, and that is patience. The story is evergreen. It can be told at any point in time and I think it was worth the wait.

Are you happy that the film didn’t have an OTT release and waited for a theatrical release?

Definitely. I think this movie is tailor-made for a cinematic experience. We saw this movie and we were blown away with the magnanimity and the scale at which Kabir sir envisioned and shaped this movie. I think it’s one of the finest made films in the history of sports-based cinema. And this experience has to be experienced in the theatre. And we were praying that it would be a theatrical release and I think our prayers have come true. All the positive energies of the cast and crew that they have poured into this are finally paying off.

What’s the thing about acting that gives you an adrenaline rush?

It’s the fact that we get to live a different life. A slice of life of another human being! We get to live that life for a few moments and wander in the skin of another character for a while. It’s a completely surreal experience. It’s extremely enriching as a human being. We always tend to take away a few things from each character that we portray. Or at least that happens with me. It’s a discovering and an exploring journey. There’s search, there’s an adventure. There are new horizons you keep searching for as an artist in the journey of an actor and also a filmmaker.

Well, the difference between a Marathi movie set and a Hindi movie set is the budget, obviously, because of the scale of the audience base. Marathi film caters to primarily the Maharashtrians and a few pockets outside Maharashtra. Whereas a Hindi film caters to a bigger scale and a bigger audience across India and across the world. So obviously the budgets change. Hollywood film has an even bigger audience base. It has a global audience base across the world hence the budgets are even bigger. The difference is only the budgets but the passion, hard work, and drive are the same across all sets.

Do you feel Marathi films haven’t yet been able to break that barrier and become a pan India film, much like what South Indian films are doing nowadays?

There are Marathi films that have reached pan-India. There’s  ‘Court’, ‘Sairat’, ‘Fandry’, ‘Shwaas’. And I think,  in today’s times’ languages are no more a barrier. We watch content across all languages. A story decides whether it is pan-India or not. It’s the story that decides if it’ll be pan-India or not. Not the language.