The singer posted a video of the duo's reunion on her social media. 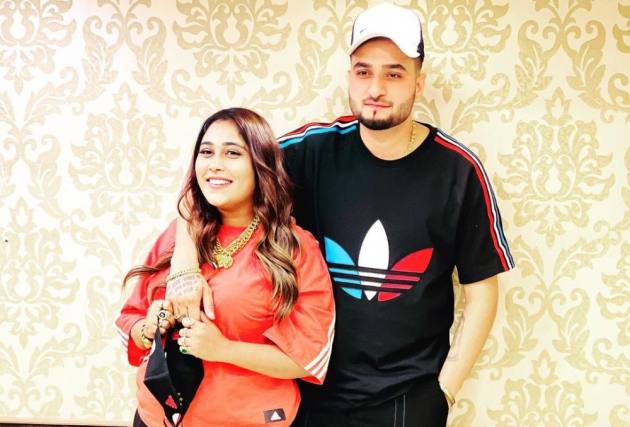 Singer Afsana Khan recently reunited with her fiancé Saajz in Chandigarh, and her joy was limitless. The Punjabi singer was booted from the house a few weeks ago and had to return to Mumbai due to work obligations.

She travelled to Chandigarh and met her fiancé, Saajz, at the airport. As the singer hugged him and began jumping in delight, it was a wonderful reunion. Khan came out of BB15 after hearing his voice, which she had missed a lot in the house.

She captured and posted this special moment of reuniting with him after a long time on social media.

After Salman Khan slammed Afsana Khan for her disruptive behaviour with fellow contestants on 'Bigg Boss 15's,' Saajz defended her actions, claiming that she is having trouble adjusting to new situations. The singer, according to Saajz, has a strong and pure heart. The Punjabi artist was shown the door following her dramatic outburst and attempting to kill herself with a knife, according to the report. After plotting against her during the VIP task, she had a massive fight with Shamita Shetty.

Khan had a violent outburst, prompting Bigg Boss to summon her to the confession chamber. She had a tantrum and declared that she would only leave with Shamita and the gang. To get her out of the home, Bigg Boss had to send a couple more crew members. She left the house after Saajz spoke to her and calmed her down.