‘Special Ops 1.5’ actor Aftab Shivdasani talks to Outlook about the Neeraj Pandey directed the spy-thriller show, which has been getting great reviews from all over. 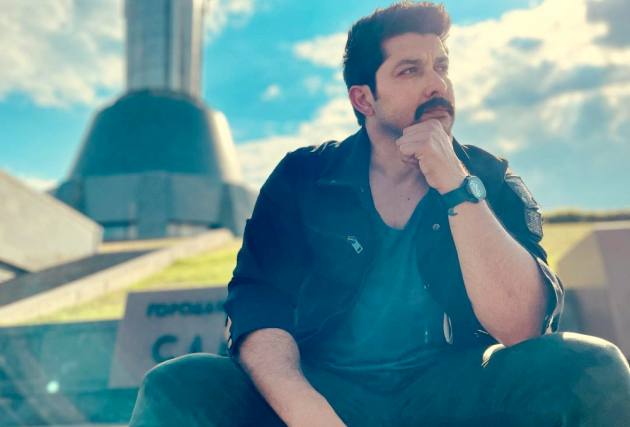 Actor Aftab Shivdasani has been getting a lot of praise for his latest web show, ‘Special Ops 1.5’. The show, which has been created and directed by filmmaker Neeraj Pandey, is one of the topmost trending shows online right now. Talking to Outlook, Shivdasani speaks up about the show, how he fits into the character, whether we would see him again in the next season, and how these intelligence agents are the unsung heroes of the nation. Excerpts from the chat:

I think because you’re going to have 1.5 times more fun than the last season (laughs). I think so it is 1.5 because it is the back story (of Himmat Singh). The story goes back in time.

You were not there in the first part. Were you convinced that your character would fit into the show seamlessly?

I really don’t know. You have to ask Neeraj (Pandey) sir about this because he is the right person to ask such questions. He only knows what goes on inside his mind.

Because ‘Special Ops’ is a magnum opus, was it difficult to maintain that grandness of the show, considering you guys had to shoot amidst a pandemic?

Yes of course, because you have to take all the necessary precautions while shooting. One has to follow several precautions. It is not a tangible enemy or a removable enemy, if one person on the set falls sick, the entire crew has to suffer. The shooting has to be stopped and there are several other difficulties. There was always an underlined threat of the invisible enemy roaming around us. But all thanks to the production team for making sure that all the procedures and safety precautions were followed properly.

Do you feel the job of an Intelligence agent is a thankless job?

Yes, it is a bit of a thankless job because these are all our unsung heroes. They work 24x7 for our safety and they don’t get the proper recognition they deserve because they are supposed to be classified. So obviously, it is a tribute to them in a way, whose names we never get to hear or whose stories we never get to listen to.

‘Special Ops’ is one of the most loved OTT shows in India. You’ve been doing shows regularly on OTT for quite a while now. What is different in this medium from films and TV?

I enjoy the variety of content. There is a lot of content that could not be made on films that can now be made on the OTT platforms. So it has kind of changed the game and changed the way things used to normally be. So many people are watching OTT right now that it is bound to have some kind of impact on the storytelling and the kind of content that we make. I think it is a great medium to attempt things that you perhaps could not attempt in films. There are various kinds of scripts. On OTT you can stretch out the character a little more because when you are working on a movie, you just have two or, at max, three hours and you have to present your characters accordingly. But in a series, there are several episodes, one gets 8-10 hours of footage where you can stretch out the characters, one can divulge and do much more with the characters which you have to limit in the case of movies. I find it quite fascinating.

Do you feel actors and filmmakers who were probably not getting enough work are finally getting their due on OTT?

I think OTT is a level playing field. It has given more opportunities to a lot of people not only actors and directors but also technicians, writers, etc. Various strata of people, from technicians to actors have got opportunities and because a lot of content is being made, I think it is a great time to be. Choosing the right content can bring a whole new leaf to a career.

Lastly, what after ‘Special Ops’ can we see you in?

I have liked a couple of things and I will start working on them. Once they are signed and sealed, I will be happy to share them with you.