After Parag Agrawal Was Named The New CEO Of Twitter, Shreya Ghoshal's Fans Dig Up Her Connection With Him

Shreya Ghoshal previously stated that she and Twitter's new CEO, Parag Agrawal, are childhood friends. On Twitter, the two have exchanged several messages. 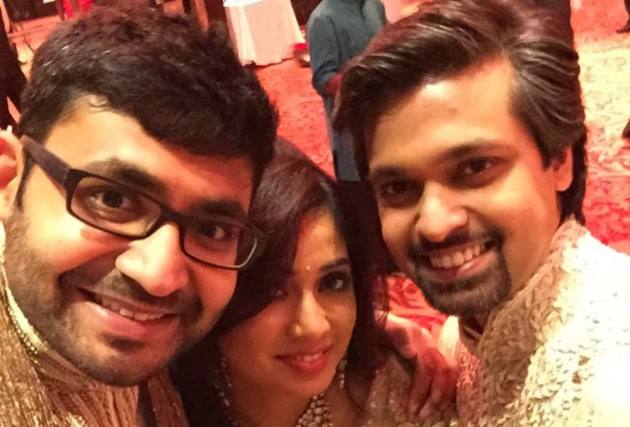 Shreya Ghoshal and Parag Agrawal, Twitter's new CEO, have a long history together. On Twitter, the singer and the Indian-American technology executive have frequently exchanged messages.

When Shreya Ghoshal first discovered Parag Agrawal on Twitter in May 2010, she offered him a birthday shoutout, which resulted in him receiving a deluge of messages and followers.

“Hey all!! Found another bachpan ka dost (childhood friend)! Foodie and traveller... A Stanford scholar! Follow @paraga... It was his b'day yesterday! Wish him please,” she had tweeted. Agrawal, surprised by her followers' love, had replied, “@shreyaghoshal Aila. You are influential. Followers and Twitter messages flooding in.”

Hey all!! Found another bachpan ka dost!! Foodie n traveller.. A stanford scholar! Follow @paraga .. It was his bday ystrday! Wish him pls.

Apart from that, the two have been exchanging tweets in which they complement each other, share trip plans, and so on. Ghoshal and Agarwal have also posted images on social media with their respective spouses. A few admirers also took to social media to post their photos.

She congratulated Agarwal on his new role at Twitter after he revealed it on Twitter on Monday. "Congrats @paraga. So proud of you! Big day for us, celebrating this news," she wrote.

Congrats @paraga So proud of you!! Big day for us, celebrating this news♥ï¸Â♥ï¸Â♥ï¸Â https://t.co/PxRBGQ29q4

Meanwhile, Ghosal has everyone's attention because of her new song 'Chaka Chak,' which she sang for the film 'Atrangi Re'. AR Rahman composed the song, which was filmed with Sara Ali Khan. 'Ratti Ratti Reza Reza' (Meenakshi Sundareshwar) and 'Zaalima Coca Cola' (Bhuj: The Pride of India) are among the songs she has performed this year.

The singer has been making waves for her posts displaying her six-month-old son Devyaan, in addition to her work.