After Scarlett Johansson’s Lawsuit Against Disney, Are Emma Stone And Emily Blunt Next?

Growing number of actors in Hollywood, including Emma Stone and Emily Blunt, are planning to speak out against the trend of hybrid releases. 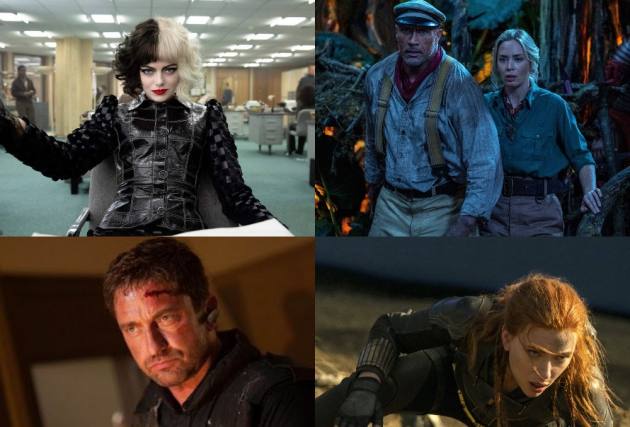 The lawsuits against prominent movie studios, TV networks and record labels is on the rise, with actor Emma Stone being the latest celebrity who is planning to sue Disney following the release of her film Cruella on the OTT platform Disney+, along with a theatrical release.

If Stone does follow through, she will become the latest celebrity after actors Scarlett Johansson and Gerard Butler who have filed lawsuits against production houses for making money off their names.

Butler, in his lawsuit has accused Nu Image, Millennium Media and Padre Nuestro Productions, the production houses behind the ‘Has Fallen’ franchise, of never meaning to pay him the profits made from the first instalment, ‘Olympus Has Fallen’, which released in 2013.

Johansson sued Disney for breaching contract signed between two parties which stated that Johansson’s superhero movie, ‘Black Widow’ would release exclusively on theatres. According to reports, after the film also released on their streaming platform, Disney+, Johansson has lost over 50 million USD. Johansson’s lawsuit has been backed by her peers in the industry and several women organisations such as Times Up and Me Too, as well.

Actors are not the only ones who have taken the legal route, and challenged these big companies in court to cough up the money they feel should be owed to them.

Multiple Grammy award winning singer-songwriter Taylor Swift, in 2019, accused her record label, Big Mouth of selling her music to celebrity manager, Sccoter Braun, without her “knowledge”. In 2004, Swift had signed a six-album deal with the recording label which gave them the rights to own the masters of the six albums. Since the buyout, Swift has announced that she would re releasing all the six albums, in order to own the masters to her albums.

Similarly, last year Kanye West, called out Universal Music, for not transferring the rights of masters to him, especially during the pandemic, where only way to make money for a musician was through streaming music, due to the absence of live shows.

These lawsuits have thrown light on the fact that artistes are increasingly getting aware about their rights and especially more aware about the world of Internet and streaming content.

Emily Blunt, is another actor who according to reports also might “speak out” against Disney, after her film ‘Jungle Cruise’, which also stars Dwayne ‘The Rock’ Johnson, was released on Disney+, along with a theatrical release.