Ahsaas Channa: Working With Adarsh Gourav In ‘Hostel Daze’ Is A Delight

Actor Ahsaas Channa talks about her character in the recently released second season of OTT series ‘Hostel Daze’, about grappling fame young age and her co-star from the show Adarsh Gourav 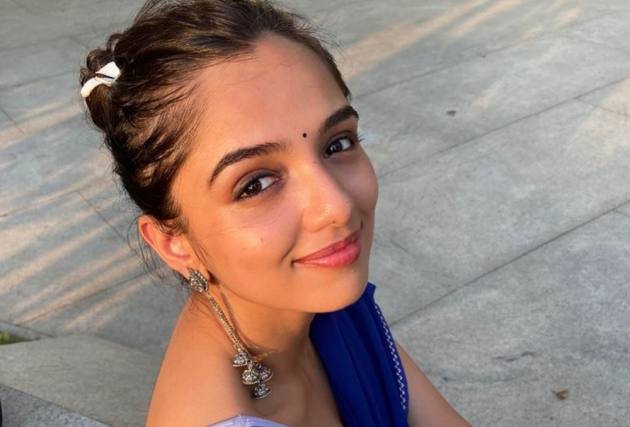 Grappling fame at a young age can be tough and there are many examples in tinsel town who let it all get to their head. Not Ahsaas Channa, who despite acting alongside superstars such as Sushmita Sen in ‘Vaastu Shastra’ and Shah Rukh Khan in ‘Kabhi Alvida Na Kehna’, kept working hard and kept looking for projects that would make her a better actor.

“The biggest reason is my mother who sort of always pulled me down and kept my feet grounded. I have always believed in working hard and doing good work,” she tells us.

The 21-year-old shares this sentiment with Adarsh Gourav, her co-star from the OTT series ‘Hostel Daze’. Just like Channa, Gourav too started his career in showbusiness at an early age.

“Me and Adarsh often talk about it. Its actually he who tells me that I have not let it go all to my head. But he is also like that. So, when we just talk about that time, it’s not like any deep conversation or anything like that, but yes, we do have a laugh about it,” she says.

“Working with Adarsh is a delight. He is a friend. I was in his first film, which was ‘Rukh’ and I was in it. I had thought that he would have changed after ‘The White Tiger’ and after he received the [BAFTA] nomination. [But] There was absolutely no change. He was still dubbing for the film, when we started shooting for ‘Hostel Daze’. We used to just ask him about how it is like working with Priyanka Chopra and Rajkummar Rao. But he never made a big deal about it. He is so focussed and so hardworking. We would just listen to him talk,” she adds.

The show’s second season recently aired on Amazon Prime, and for Channa, who returns as Akanksha, it was a chance to get to know her character on a deeper level.

“In the first season there wasn’t any such arc to my character. In the second season it’s explored a lot more and there’s like a proper arc. So, in a way it’s easier for me to go into the second season (than the other co-stars) because I can sort of still play this almost as a new character, yet stay Akanksha essentially,” she says.

And Channa signs off by praising the OTT boom over the last few years, just like majority of actors around the world. “There are so many stories to tell through OTT and there are so many brilliant writers, directors who want to tell these stories. It’s a great thing to be honest.”