Aindrita Ray On Working In 'Bhavai': 'I was Blown Away By The Story'

Actress Aindrita Ray recalls being blown away by the narration of her upcoming film 'Bhavai', and loved the "scope" of her character in the film. 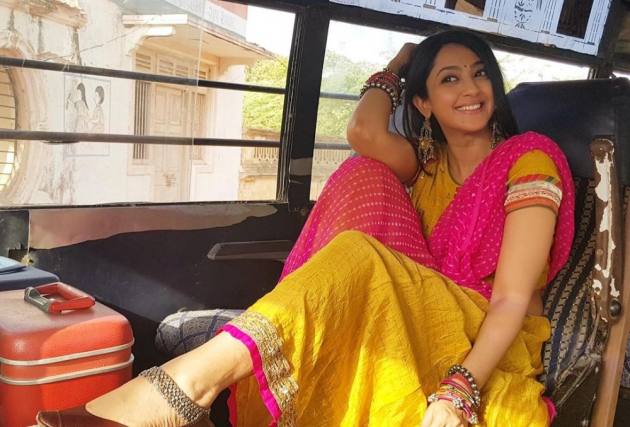 One of the many reasons why actress Aindrita Ray loved working in ‘Bhavai’, the first hindi-language film in her career, was the fact that her character “had a huge scope to perform”.

In an interview with Outlook, Aindrita Ray recalled being blown away by the narration, so much so that there was “not a single dull moment”.

“It was very descriptive, right from the first shot, of the nautanki bus arriving in the Rann of Kutch. The best part is that it has been shot exactly the way it was narrated to us,” she tells us.

“One of the things I look out for, apart from the maker and the script, is how substantial my character is in the story and how relevant it is to the part of the story,” she adds.

Aindrita stars alongside ‘Scam 1992’ actor Pratik Gandhi, in the romantic drama, which is set in `1982 in a rural village in Gujarat, where two artists, Raja Ram Joshi (Pratik Gandhi) and Rani (Aindrita Ray) work for Ram Leela drama company and how the characters they play onstage affects their personal life off stage.

“My character had a huge scope to perform. Apart from playing Sita on stage, which required a certain kind of body language, I was also Rani, which had its own rhythm, you know. She was this struggling actress who was ambitious and wanted to become really famous, who falls in love with this boy from small town, who happens to play Raavan on stage,” says Ray.

“It is a beautiful story about their journey together and their love story. The film has a beautiful message at the end,” she signs off.