Abhishek Bachchan talked about his first encounter with Aishwarya Rai, and how the actress afterward joked that she couldn't understand him due to his thick accent. 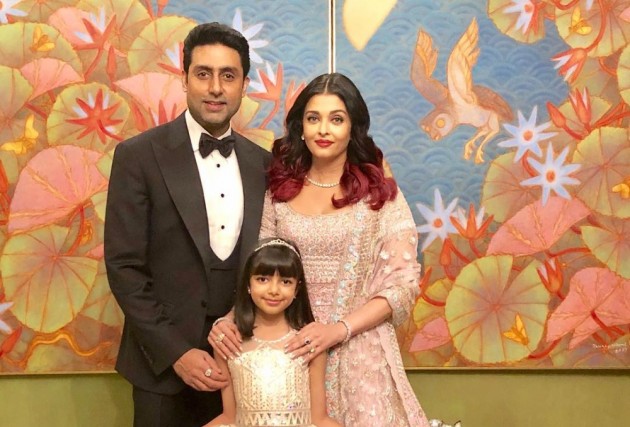 Actor Abhishek Bachchan revealed that when Aishwarya Rai first met him, she couldn't comprehend a word he said due to his thick accent. This was before the couple married in 2007, and before Abhishek made his acting debut in 'Refugee' in 2000. During a visit on 'The Ranveer Show' podcast, Bachchan described how he was sent to research locations in Switzerland for his father because he had attended school there.

He remembered how he was just back from college when they met for the first time. He was working as a production boy for Amitabh Bachchan on Mrityudaata and was sent to scout for locations to Switzerland, where he had grown up. Bobby Deol was also shooting his film Aur Pyar Ho Gaya. They were at the same location as him and called him over for dinner. That was Aishwarya’s first Hindi film, and it was the first time she and Abhishek actually interacted.

He recalled how he had recently returned from college when they first met. He was working as a production boy for Amitabh Bachchan on 'Mrityudaata' and was dispatched to Switzerland, where he grew up, to seek locations. Bobby Deol was also filming 'Aur Pyar Ho Gaya.' They were in the same area as him and invited him to supper. That was Aishwarya Rai's debut Hindi film, and it was also the first time she and Abhishek Bachchan communicated.

He added, “And whenever she talks about it, she jokingly says, ‘I couldn’t understand a word of what you were saying’. Because here I was, a kid from an international boarding school, then went to Boston. I must’ve had some really heavy accent at that point. And she was like, ‘What were you saying?’”

Abhishek Bachchan went on to say that his father advised him to study Hindi before embarking on a career in Bollywood. The actor went to India to help his father amid a financially challenging moment for the family. He stated that his father is the type of person who values family support, and this was a moment when he required it.

Abhishek Bachchan and Aishwarya Rai are parents to daughter Aaradhya. In the Maldives, they recently celebrated her tenth birthday. He also recently praised Rai for granting him 'permission' to continue acting after Aaradhya's birth, as she cared for her.