Ajeeb Daastaan Captures The World Of Silence And Complexities Of Relationships

‘It’s a very delicate and sensitive film and for me every moment was precious,’ says Shefali Shah on Ajeeb Daastaan 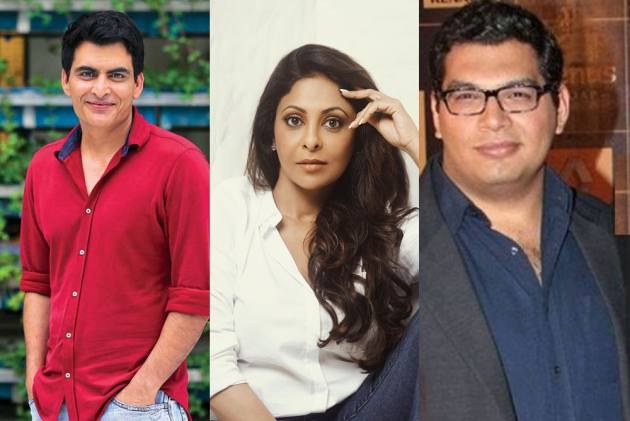 Shefali Shah, Manav Kaul and Kayoze Irani tell Outlook’s Lachmi Deb Roy about ‘Ajeeb Daastaan’, an anthology of four stories. Of the four, Shefali and Manav talk about ‘Ankahi’, how challenging yet beautiful it was to learn the sign language and the complexities of relationships. Excerpts:

Learning the sign language and the challenges of the role…

Shefali: I took some time to learn the sign language and when you are doing this you don’t just want to learn dialogues or what is written on paper. You need to know the language so that you can improvise and grow as ‘Natasha’, the role that I play and that actually comes when you are fluent with the language. In fact, when I started learning the language, I used to go without talking for a few days. I totally fell in love with sign language. It was challenging, but then for me, every role is challenging.

We practised daily. For me, it is a beautiful language.

Manav: We had this teacher called Sitaram sir, who taught us sign language. He did the sessions with me and Shefali separately. It took me some time to get the hang of the language. It was tough and then to perform and live through the language and improvise it with the scenes wasn’t easy at all. But we had a very good team and even Kayoze, our director, learnt the language. We had Sitaram sir on the sets throughout our shoot. It was a challenge, but a beautiful one. The moment we learnt the language we realised how beautiful it is to not say anything and yet convey what we want to say.

Kayoze, this is your first film behind the camera, how has your experience been?

There was nervousness at the start because I was making a film which is predominantly in a different language and it is again predominantly silent. But the minute we shot the first scene, I was comfortable and I am blessed that I had Shefali and Manav with me. And they were emoting every scene beautifully. The challenge was how sensitively I can handle the emotions.

Shefali: The whole film is emotional. It’s a very delicate and sensitive film and for me every moment is precious. But one of the moments that I really like is when she is putting kajal in her eyes looking at the mirror and that interaction between both the characters is so touching. I still get goosebumps when I think about it. So, it’s never the most dramatic moments for me. It’s always the small things that you catch. I just love that moment.

The chemistry between Shefali and Manav…

I really wonder why we haven’t ever worked together before. It was a very unlikely pairing and for this, the credit goes to Kayo. When you see Kabir and Natasha together, you actually wonder why we haven’t seen this couple together. But as far as chemistry goes, it just happens. And there was no thought of how we make it happen. The first time we met was when we were reading the script and the ice was broken there and then. The chemistry just happened but I don’t know how. There is no instruction booklet on how chemistry can be created.

The complexities of a marriage and how did you relate to the role you played in your real life?

Shefali: It’s not like my husband and I are trying to kill each other, but even if the child isn’t differently abled, there is a conflict between parents when it comes to children. They have different points of view. Like in my house, I am the bad parent and my husband is the good parent. Being a mother comes naturally to me. So, how much did I carry from home? Well, every relationship has its own conflicts and again like I said the conflicts are not necessarily from major difficulties, there are conflicts from the silliest of things.

Manav: I have been heartbroken end number of times and I can actually write a thesis on it. The thing is love stories are amazing. And everyone has gone through some heart-breaking relationship in real life. The role that I play is very close to life.

On casting Manav and Shefali …

Kayoze: It was a no-brainer casting them. Manav is an untapped reservoir. And when I saw him, I took him on immediately. Shefali is my childhood crush and I always wanted to work with her. They just fitted into the role and more than that made it their own.