Singer Akriti Kakar has been judging a singing reality show for quite some time now. She finally talks about the ongoing controversy of reality show judges giving out false praises to contestants. 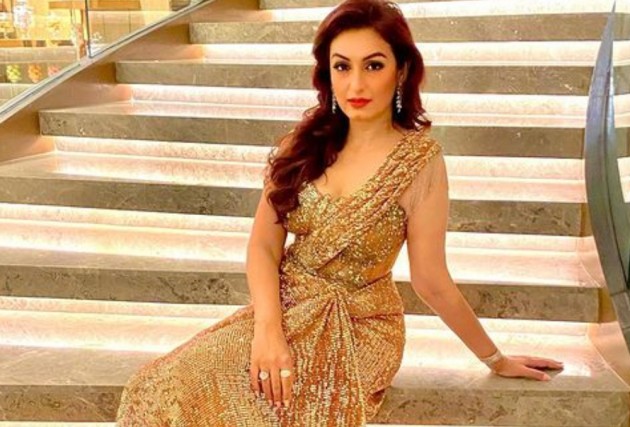 In an interview with BollywoodLife, she said, "I met the composer Shubham Moitra while judging for Sa Re Ga Ma Pa Bengali. The conversation about a song started in January and February but we did not find the right time. Then, we thought what better time than Durga Puja. When Shaan heard the song he loved it, and said let us collaborate. The song was sung over four days while the video was shot, edited and colour corrected over three days."

The song is a Bengali and Hindi mix track. "It was my idea. Just a Bengali song would block out the Hindi audience. But I believe in bringing back folk music. I wanted to bridge the gap between my original song and the old one. I blended it out to make it festive," said Kakar.

Kakar is also massively popular as a reality show judge. Speaking about the controversy around how judges have been said to dole out false praises, she said, "Personally, and thankfully the kind of reality shows I did we were not forced to say anything....if we go as judges and always appreciate people get the impression that contestants are flawless. It is important to be honest to ourselves. If I am not honest I am lying and I can't do that. For me, music is worship. Praise does help in growth of an upcoming talent. But then, if someone has shortcomings there are ten different ways to express it...I have been on reality shows as a contestant too. I would be heartbroken if someone said my voice has no good. But as a judge I feel I should give suggestions for betterment. It could be advising a change in technique. I feel right moderation is more useful than criticism. It is our duty, I would give suggestions to how to pronounce better...As a child, I had a lisping issue I would have double teeth...my guruji would keep a small Nataraj pencil in between my teeth and tell me to sing with that pencil in my mouth. He also made me read Hindi papers. At times, you need to pinpoint that performance is taking over singing. Appreciation is important but showing the right path is more important. If we do not do that the kids will be in dire straits in real world. They get a rude shock when the show's over."