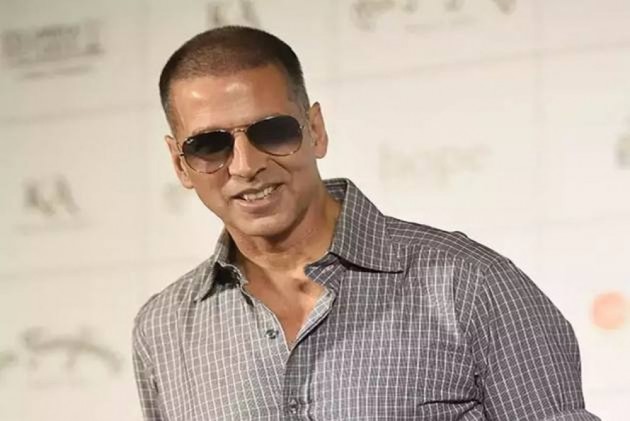 Bollywood superstar Akshay Kumar's rise and rise is not taught at any business schools as yet, but his unique template for movie-making and time management skills appear to be good enough examples to be incorporated in the textbooks for MBA students aspiring to be corporate honchos in future.

In an industry which has always revelled in being the mother of all unorganised sectors over the years, the 52-year-old actor has set a one-of-its-kind model for churning out profitable ventures at regular intervals with an uncanny business sense, a characteristic which has eluded the biggest of superstars in Bollywood, but has inspired new generation actors such as Ayushmann Khurrana to follow in his footsteps.

Look at his success graph this year. The Khiladi Kumar has already delivered two back-to-back Rs 200-crore blockbusters – Mission Mangal and Housefull 4 – in 2019 after he started off with a big hit, Kesari under his belt. And going by the rib-tickling trailer of his next, Good Newwz, co-starring Kareena Kapoor, he seems to have another winner waiting for him towards the year-end.

Laxmmi Bomb: Akshay Kumar Bows To His Inner Goddess This Navratri As He Wows Us With His Terrific Look

Kareena Kapoor Khan Talks About Pay Parity; Says 'Pay Me As Much As Akshay Kumar'

And yet, it is not something out-of-the-ordinary for him if you go by the kind of movies he has done in recent years. For quite some time, he has consistently been delivering big hits, three to four every year, without taking a breather. Last year, he had Padman, Gold and 2.O, all hitting the jackpot. Earlier in 2017, he had Jolly LLB 2, Naam Shabana and Toilet Ek Prem Katha, all money-spinners. In 2015 (Baby, Gabbar Is Back, Brothers and Singh is Bling) and 2016 (Airlift, Housefull 3 and Rustom), except for Brothers which under-performed at cash counters, all his movies had the producers, including Akshay himself, laughing all the way to the bank.

It is not a new phenomenon for Akshay who has been doing three to four movies every year since the turn of the new millennium. It is only in the past six years or so that he came up with a fool-proof template for economically viable movies, which had his name written all over it. One of the first big stars to understand the importance of content-driven cinema in this decade, he began experimenting with different subjects left, right and centre not only as an actor but also as a co-producer. Barring a rare exception of the Housefull franchise, he has thus far avoided repeating himself in any film with a similar subject. While a mega star like Salman Khan remains stuck to one image, Akshay has managed to steer clear of the image trap primarily because of his innate conviction to do risky roles. If he likes a subject, he does not fight shy of even playing the antagonist, or the second fiddle, as he did opposite Rajnikanth in 2.0 in 2018.

Today, he is doubtless the numero uno star of Bollywood, far ahead of his contemporaries, including the great Khan triumvirate, in terms of box-office returns. It is altogether a different matter that the critics in general are still hesitant in acknowledging it openly. Akshay, however, appears to be far too busy in his work to be bothered about it. With his single-minded focus on the completion of his films as per the schedule, he uses his time and money rather judiciously. As of now, his next year’s calendar is already full with mega projects such Sooryavanshi, Laxmmi Bomb and Prithviraj, all different, genre-wise, from one another.

Critics believe that diverse content is the USP of his movies but it is also true he is the driving force behind them all. His ability to complete a movie, howsoever big, in 40 to 45 days is a phenomenal achievement by the standard of any film industry in the world. In fact, he had completed Jolly LLB 2 in barely 33 days. He thinks that a film should not take more than a month and a half to complete. “Even if we shoot for only three minutes in a day, we can complete a two-hour-long movie in 40 days,” he was once quoted as saying.

Of course, all of this would not have been possible had he not followed a disciplined lifestyle in his personal life. Unlike some of his popular contemporaries, he is hardly seen in film parties. Far from it, he prefers to channel all his energies towards his work, earning rich dividends in the process. It is apparently only under exceptional circumstances (such as the one when he was called to interview Prime minister Narendra Modi) that he makes an exception to do something else.

Undoubtedly, his time management skills, his nose for good, salable scripts, and his unmistakable professional commitments have all taken him farther than the goals most of his admirers might have set for an actor like him at the outset of his career. This year, he was the only Indian star to find a place (33rd spot) on the Forbes list of the highest paid actors in the world, surpassing the likes of Scarlett Johansson, Katy Perry and Rihanna. Anybody who has tracked his career since the early 1990s knows how he has reached there. It is high time a business school picked him up for a case study to understand his phenomenal growth as an entrepreneur in the garb of an actor.