In an exclusive interview with Outlook’s Eshita Bhargava, Director Ranjit Tiwari talks about ‘Bell Bottom’, Lara’s transformation into former Indian Prime Minister Indira Gandhi, his expectations from the box office, and much more. 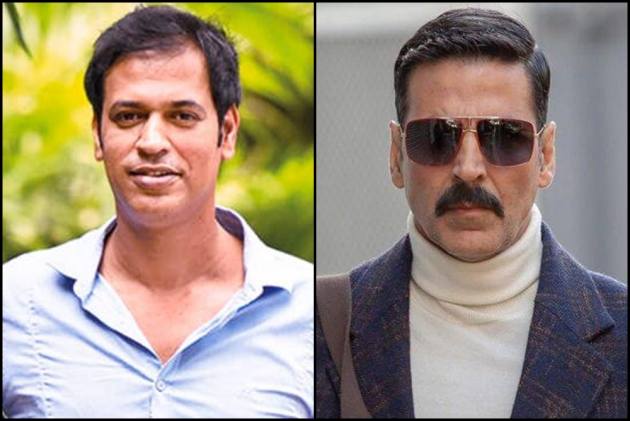 Akshay Kumar, Lara Dutta, Vaani Kapoor, and Huma Qureshi-starrer Bell Bottom became the first big film to release theatrically amidst the pandemic. In espionage, Kumar plays a Research and Analysis Wing (RAW) undercover agent who goes by the code name 'Bell Bottom'. The plane gets hijacked and lands in Amritsar and Kumar is brought in to save the day. The movie revolves around his plans of a daring covert operation to rescue 210 hostages and neutralise four hijackers. The fact that his operation is connected to personal tragedy makes it more impactful.

What made you choose ‘Bell Bottom’ as the title of the film?

‘Bell Bottom’: Wondering How Lara Dutta Transformed Into Indira Gandhi? Know It From Her

It was my writer’s idea to choose ‘Bell Bottom’ as the title of the film. Aseem Arrora came up with the idea as the film is set in the 1980s and bell-bottom was an iconic fashion statement and then the agent’s name (played by Akshay Kumar) is also the same. It’s a catchy title and resonates with the film. We wanted to make it cool.

Why Akshay Kumar, Lara Dutta, Vani Kapoor, and Huma Qureshi? What made you choose them?

Akshay sir chose me. I cannot cast him – I was fortunate enough to work with him. He loved the script and he has worked hard on the film.

Choosing Lara to play the character of Indira Gandhi was Akshay’s idea. She is strong, poised, and carries herself with dignity. The challenge was to make her look like Mrs. Gandhi. When my editor saw the rushes, he called me to ask where is Lara and when I told him, he refused to believe. Huma and Vaani are extremely talented. It was a team effort. I loved the casting of other actors, as well.

What was the kind of research that went behind making the film?

A lot of research went behind the film. It happens when you are making a film based on a real-life event. It’s a responsibility and we read many books, watched many videos. It was not just me but every one did that.

The release was delayed. Did that bother you in any way?

We are witnessing some unusual circumstances. But the producers Vashu Bhagnani and Jackky are quite gutsy. Thinking about shooting a film in a pandemic is in itself risky. But they did it. So, that gave me confidence.

Why releasing ‘Bell Bottom’ in theatre was important?

We have always made films for theatres before this pandemic. They released in theatres first and then on OTT platforms. OTT has come as a big boon and has helped all the filmmakers by giving them a platform. Community viewing is unique and this film needed that.

Expectations from the box office?

It’s doing fine but can anyone predict a box office. I hope the film will get more love.

Your take on OTT platforms. Do you think they are game-changer?

In the last one and a half years, people from smaller towns have also started subscribing to OTT platforms and the consumption has changed and that’s good. It’s content from all across the globe. So, yes, it’s are a game-changer.

Behind the scenes moment.

Akshay comes with so much great energy. He is so composed and calm and that helps a new director like me. He welcomed me and allowed me to express myself. To be honest, making the film in this pandemic was the biggest challenge. I’ll always remember it. We didn’t compromise on anything and yet took all precautions.

How do you see the ‘Bell Bottom’ release encouraging other filmmakers to go for a theatrical release?

Everyone waited to see how ‘Bell Bottom’. The entire industry, media have been encouraging. The theatrical release has helped to revive so many livelihoods. One section that was shut down has got work. So many people called up to thank me for releasing the film. I am sure, it will encourage others as well to release the films theatrically.