Akshay Kumar had made it to the headlines yet again as a picture of his lookalike from Kashmir has been doing the rounds. 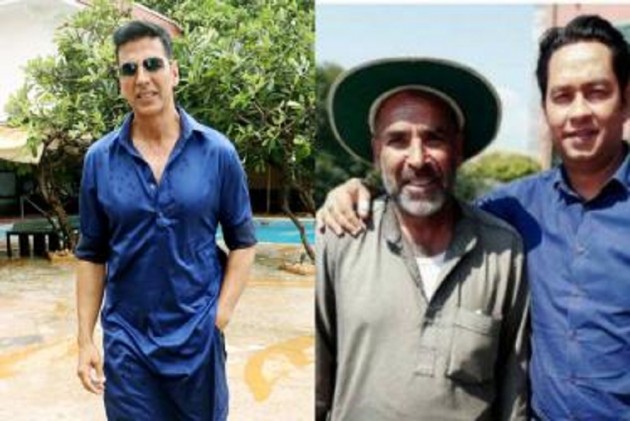 The internet is a crazy world and netizens never fail to highlight anything that makes it to a list of rather unusual or unique things, and well, looks like Akshay Kumar has made it to the headlines once again, this time not for a movie but for something else. Yep, if you have been scrolling through the internet in the day, you might know what we are talking about because it is all over and every place.

Akshay Kumar's lookalike from Kashmir, Mir Majid has made it to the headlines after an associate editor of a leading channel took to social media to share a picture with him. While he revealed how he is a fan of former Indian cricketer Sunil Gavaskar, what did have everyones attention was his resemblance to Akshay, only, a little shorter in height and of course, a little older than what he is. And, the internet is having a fun time with it

On the work front, Akshay's recent outing, Mission Mangal, co-starring Vidya Balan,Sonakshi Sinha, Taapsee Pannu, and others has done well as far as the box office numbers are being concerned. The fans too, have loved the film and poured in rave reviews for the same.