Actors Alia Bhatt and Ranbir Kapoor who welcomed the new year together have given a glimpse of their undisclosed location. 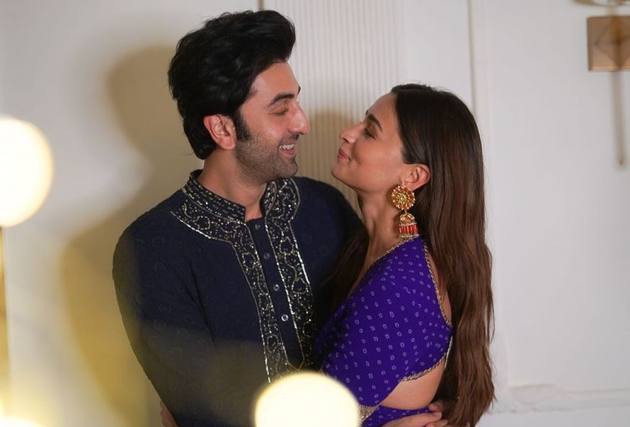 Bollywood actors and couple Alia Bhatt and Ranbir Kapoor were recently photographed leaving Mumbai airport for their holiday to an undisclosed location. Bhatt wished her fans and followers a happy new year on Friday (December 31) evening by posting some stunning photos of herself and Ranbir Kapoor as well as some animals.

Bhatt uploaded a couple of photos on her Instagram handle. The first photo shows Bhatt posing for a selfie. The following image shows Ranbir Kapoor sipping from a silver glass. After which the pictures show giraffes and lions, among other animals.

The post has received love and appreciation from their family and friends. Ranbir Kapoor’s mother and actress Neetu Kappor dropped a red heart and awestruck emojis while Bhatt’s mother Soni Razdan wrote "Wise words my beloved (sic).” Actor Arjun Kapoor, on the other hand, wrote '#nadaanparindey’ for the couple. Director Zoya Akhtar wrote "So Nice" with a  red heart emoji.

When the couple made their first public appearance together in actress Sonam Kapoor's reception party in 2018, rumours of Bhatt dating Ranbir Kapoor began to circulate. Though they avoided discussing their relationship, the couple subsequently revealed that they are dating.

Earlier this month, the couple was seen in public together while promoting their new film ‘Brahmastra’. In the film's event, the couple, together with director Ayan Mukerji, introduced the world to their lead character Shiva (played by Ranbir Kapoor).

Meanwhile, the Mukerji directorial ‘Brahmastra’ is all set to release in September this year. It also stars actors Amitabh Bachchan, Mouni Roy and Nagarjuna Akkineni.