The makers of the film are also going to hold an exclusive fan meet for the motion poster release. 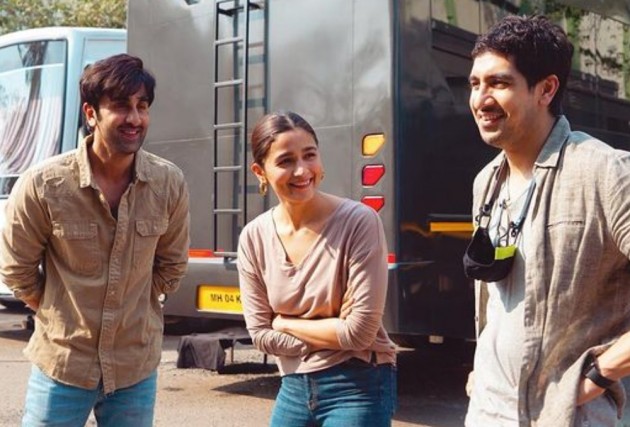 Alia Bhatt and Ranbir Kapoor are getting ready to unveil the motion poster for their upcoming film 'Brahmastra,' directed by Ayan Mukerji. Announcing the same, Bhatt took to her Instagram account and wrote, “Just as Ayan says: The time feels right! Come, step into the world of BrahmÄÂstra with us on 15th December and be a part of this epic journey.”

The makers of the film are also going to hold an exclusive fan meet for the motion poster release.

Previously, filmmaker Ayan Mukerji had shared an emotional note on the film with an unseen BTS image of Ranbir Kapoor. Adding that it is the right time to announce the ‘final release date’ of the film, he wrote, “TheTimeFeelsRight. Two and a half years ago, I started this Instagram journey, with BrahmÄÂstra’s Release a few months away. Then, we needed more time to perfect the movie. Then, I fell off Instagram. Then, the world stopped for a while. Through all of this, every single day, BrahmÄÂstra has been ON ! Growing with all the love and dedication it has needed ! Waiting patiently for its Time. That Time is Here. The Time to start sharing BrahmÄÂstra. The Time to launch something from BrahmÄÂstra. The Time for ‘another’, but this time - Final Release Date! And to do it all, in a way, that’s as exciting and as special as the movie experience, we have given our lives to create! Really really soon. #somefunaroundthecorner #faith #brahmastra”

‘Brahmastra’ will star Ranbir Kapoor and Alia Bhatt together for the first time. Apart from them, it will also feature Amitabh Bachchan, Dimple Kapadia, Nagarjuna, and Mouni Roy in key roles.