Alia Bhatt’s debut music single has already hit the 18 million mark on YouTube. Here, she talks about the industry reactions that poured in for her. 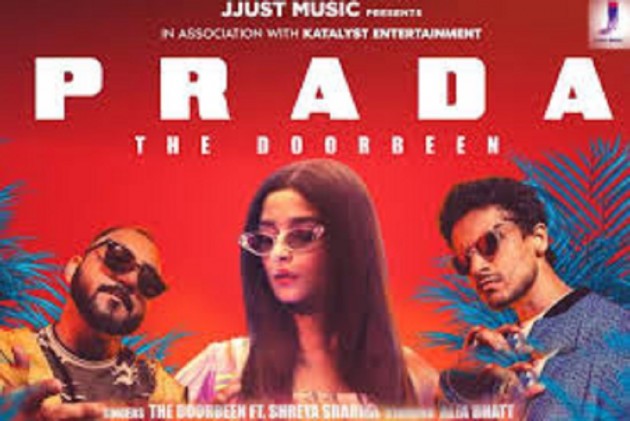 Alia Bhatt has finally made her foray into the world of music singles and her track with Lamberghini fame The Doorbeen guys titled Prada has become the latest chartbuster in town. Peppy, upbeat and groovy, the party track has caught everyone's fancy. So when we caught up with the trio, we asked them to dedicate a song to different celebrity friends and colleagues.

Composed and designed by the Lamberghini fame duo The Doorbeen guys, the song has become an instant rage among the youth. Here, Alia and the Doorbeen boys discuss the audience and the industry's reaction to the song. She also drops a bomb when she reveals that the trip might collaborate on an unplugged version. Watch the video to find out more.

She also spoke about how she made her team and her close friends including boyfriend Ranbir Kapoor, mentor Karan Johar and rapper Badshah, listen to the audio and they all felt it is an amazing song. While Ranbir felt it will be a hit track, Karan also echoed the same sentiment. But it was Badshah's hilarioud reaction that Alia imitated when we asked her about it. The song, which is the first track to be launched under Jackky Bhagnani's label Jjust Music, has already crossed the 18 million mark on YouTube.