The actual purpose for producing the film twenty years later was revealed to the public in an old interview in which the filmmaker openly states that he made it in the hopes of impressing a teenage Alia Bhatt. 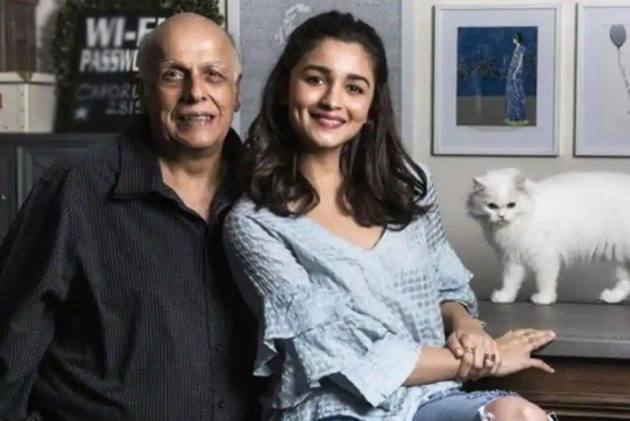 Mahesh Bhatt is a prominent and well-known director known for his harsh realism and hard-hitting movies. In the 1990s, 'Sadak,' 'Sir,' and 'Criminal' were all highly regarded films. During this successful run in the serious cinema genre, the filmmaker chose to go a different route and direct the masala comic picture 'Duplicate.' In the early days of his career, Shah Rukh Khan was overjoyed with his dual part in 'Duplicate.'

During one of his early interviews, while filming the Mahesh Bhatt-directed picture, the actor publicly admitted that in order to do justice to a part like that, one needs at least 5-10 years of acting experience. SRK even admitted that a double role came to him faster than he expected and that he accepted it sooner than he should have.

The actual purpose for producing the film twenty years later was revealed to the public in an old interview in which the filmmaker openly states that he made it in the hopes of impressing a teenage Alia Bhatt.

According to a report by News18, during an interview, Mahesh Bhatt stated, “It’s a film that I am looking forward to show my children,” suggesting that his earlier movies were too violent or dark for children. The director remarked that he wished to impress Alia Bhatt, who was only four years old at the time. “Children normally don’t get impressed by their parents. The chances are that I might just impress my four-year-old girl Alia by Duplicate,” he said.

Despite his attempts, his 1998 film 'Duplicate,' starring Shah Rukh Khan, Juhi Chawla, and Sonali Bendre, failed to leave a lasting mark at the box office.

Almost twenty years later, Shah Rukh Khan, who made his debut in 1992, has reigned supreme as Bollywood's Baadshah. Despite a few box office flops, SRK remains one of the world's most adored and admired performers.

Destiny, on the other hand, has its own game to play. Alia Bhatt was four years old when SRK featured in 'Duplicate.' They had no clue that they would work together in Dear Zindagi in 2016 a few years later.

Furthermore, the film was produced by Karan Johar's father, Yash Johar, and when it was labelled a flop, SRK decreased his compensation. Although the film was delayed for two years, witnessing the star in a dual part was well worth the wait, and the film is still highly-received by SRK's fan base.

And Alia Bhatt, who has been dubbed the best young actress of her generation, has been in a number of highly acclaimed films, including 'Highway,' 'Raazi,' 'Udta Punjab,' and others, with future projects including 'Gangubai Kathiawadi,' 'Brahmastra,' 'RRR,' and 'Jee Le Zara.'

The first image shows Alia Bhatt beaming at the camera, while the second shows Ranbir Kapoor enjoying a drink from a silver glass. The other photographs are of animals such as lions and giraffes, and the last one is of a sunset. The pair appears to be on vacation somewhere on the African continent.