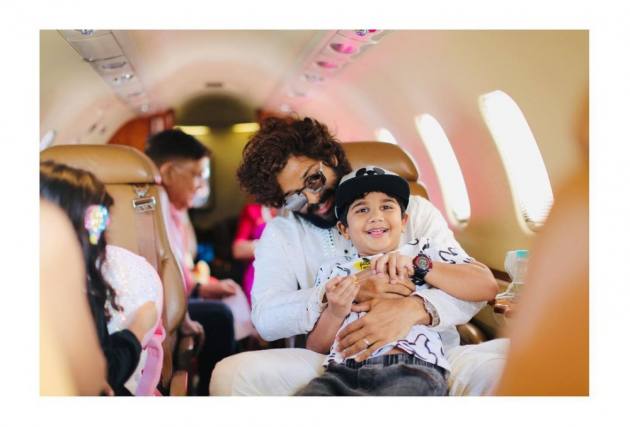 On Monday, it wasn't Telugu star Allu Arjun who was going viral on social media. Instead, it was his seven-year-old son Allu Ayaan, who was winning hearts with a special video he made for actor Varun Tej and his upcoming film 'Ghani'.

In a video uploaded by Arjun, young Ayaan is seen gearing up for boxing, much like Tej's character in the film, who plays the role of a professional boxer. Ayaan looks stylish and determined in the video, giving followers a sneak peek into his acting chops at an early age.

In the caption, Arjun revealed that Bobby had promised Ayaan that he would get his own video when his debut production gets ready.

Tej reposted the video and wrote, "Ayaan looks so cute. I will teach him some more moves."

'Ghani' is directed by Kiran Korrapati and stars Tej and Saiee Manjrekar. The film is expeced to release in Decemeber this year.