The All Living Things Environmental Film Festival, first of its kind in India, brought compelling environmental narratives to its audience with 44 films from 31 countries. 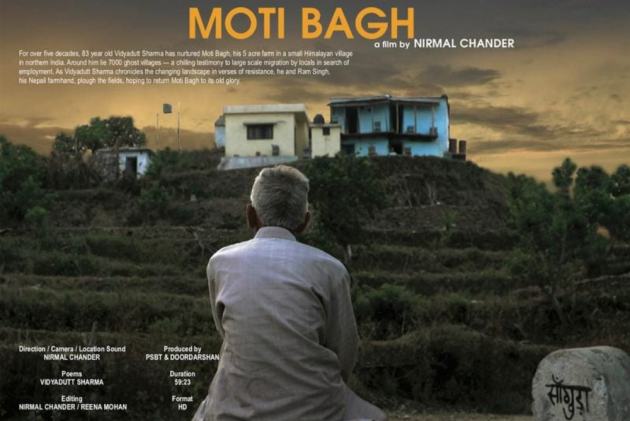 The All Living Things Environmental Film Festival (ALT EFF) is dedicated to supporting filmmakers, creators and artists eager to connect audiences with environmental themes through impactful storytelling. The festival seeks to address the need to bring people together through the arts and to raise awareness about issues concerning the climate justice movement.

Some of the most interesting films this year included Moti Bagh by Nirmal Chander, which is based on the theme of migration. In the film, Vidyadutt Sharma—farmer, activist and poet—chronicles the changing landscape in verses of resistance. As he and Ram Singh, his Nepali farmhand, plough the fields to keep a dream called Moti Bagh alive, we wonder if it will ever return to its old glory. Moti Bagh was the winner at the festival.

Among Indian films, ALT EFF also showcased Dhivarah, a film about the impact of climate change on fishing in Karnataka. The festival also brought the eco-musical genre to the fore through the film Musical Mangroves. Not Just Roads, another Indian film showcased at the festival, is based on the story of the urbanisation of roads, while Sagarputra features Mumbai's fisherfolk community.

Nawazuddin Siddiqui: A Film Being Selected For A Festival Or An Award Function Is Always Great

ALT EFF: Do Not Miss this Film Festival about the State of the Environment

The festival was held virtually this year, with 44 films from 31 countries. The jury included Michael O. Snyder, a US-based award-winning docu filmmaker who is a Climate Journalism Fellow and has won the Portrait of Humanity Award.

“Humans are in an existential crisis and it is a result of how we are treating all other species and ecosystems apart from ourselves,” says founding member and festival director Kunal Khanna. “We need a fundamental and systemic shift in the way we operate. Using film as its core medium, ALT EFF is a platform and a confluence that will nurture and inspire critical thinking to address the climate emergency we are in.”