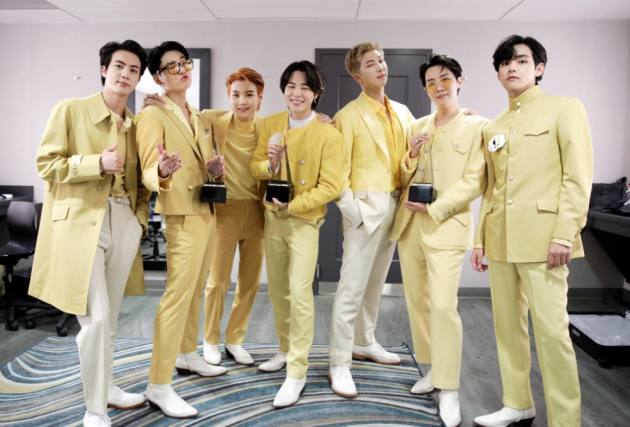 The 49th Annual American Music Awards were held on November 21, 2021, at the Microsoft Theater in Los Angeles, acknowledging the most acclaimed artists, singles, and albums of 2021.

There were a lot of live performances that took place at the awards as well, BTS and Coldplay took the stage together at the 2021 American Music Awards for the inaugural live rendition of their joint single “My Universe.” The performance took place shortly before BTS won Favorite Pop Duo or Group.

Other musicians included Bad Bunny, Diplo, Jennifer Lopez, Bruno Mars, and Anderson .Paak joined forces as Silk Sonic, Mickey Guyton, and Tyler, The Creator. The Italian rock group and Eurovision winners Maneskin also made their U.S. awards show debut. Kane Brown was to perform "One Mississippi" from Tennessee State University and New Edition and New Kids on the Block were to perform together for the first time.

It's was surely a great night for rapper Cardi B as well. She hosted the award show, and was also nominated in three categories, including Favorite Female Hip-Hop Artist as well as Favorite Music Video and Favorite Hip-Hop Song for her single "Up." Cardi B won in the Favorite Hip-Hop Song category, adding to the five AMA trophies she already has on her shelf.

WHAT A NIGHT! Thanks to the amazing @iamcardib for giving us an incredible night of music ðÂÂÂðÂÂÂðÂÂ¶ #AMAs #CardiAMAs pic.twitter.com/VKtKX0gESy

In terms of nominations, Rodrigo got seven, including both Artist of the Year and New Artist of the Year. The Weeknd followed closely behind with six, while Bad Bunny, Doja Cat, and Giveon each received five. Olivia Newton-John and Justin Bieber were tied for four awards.

Here is a full list of artists who won at the American Music Awards this year:

ARTIST OF THE YEAR: BTS

FAVORITE HIP-HOP SONG: Cardi B "Up"