After India defeated South Africa in the first Test match of the current series, Amitabh Bachchan took to Twitter to praise the Indian cricket team. 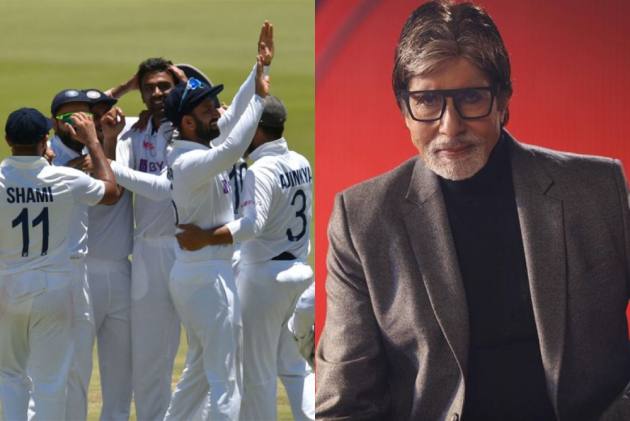 After India defeated South Africa in the first Test match of the current series, Amitabh Bachchan was delighted. The Indian cricket team, captained by Virat Kohli, defeated the hosts by 113 runs to take the lead in the three-match series.

The actor took to Twitter and congratulated the team for their win; and also mentioned that he is proud of them. Take a look at the tweet shared by Bachchan on his Twitter handle:

Bachchan had been following the game. On the fourth day of the match, the actor posted a photo of himself on Instagram and cheered the team, expressing his support for the side.

Even actor Boman Irani applauded India's win. He tweeted, “Well done India. Made it look easy. Keep the pressure on. You have the goods for a series win!!!!!”

The Indian cricket team is currently staying in South Africa. Kohli and the squad were accompanied by Anushka Sharma and her daughter Vamika to South Africa. Sharma and Vamika were spotted cheering on the squad from the stands on Wednesday. Fans uploaded a photo of Vamika sitting on Sharma's lap while watching the game. Sharma has also been posting photos from her vacation on social media.