Amitabh Bachchan will be seen getting emotional while discussing his journey on 'Kaun Banega Crorepati.' He will be welcoming his daughter, Shweta Bachchan, and granddaughter, Navya Naveli on the show, to celebrate its 1000th episode this Friday. 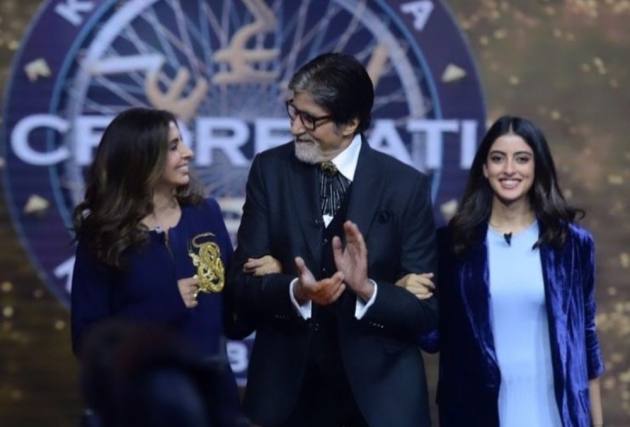 On the 'KBC 13' 1000th episode, this Friday, Amitabh Bachchan will be seen welcoming his daughter Shweta Bachchan and granddaughter Navya Naveli. Shweta Bachchan is seen in the current ad questioning Big B about his feelings regarding the 1000th episode of 'KBC.' According to the actor, it appears that the entire world has changed. He'll also be seen crying as he reminisces about his time on the game show.

In the promo, Shweta Bachchan asks Big B, "Papa, main ek cheez poochhna chahti hoon. Yeh 1000th episode hai aapka. Aapko kaisa lag raha hai (Papa, I want to ask you something. This is your 1000th episode of KBC. How do you feel)?" To which he said, "Aise laga ki puri duniya badal gayi (It felt like the whole world has changed)."

'Kaun Banega Crorepati' is synonymous with Amitabh Bachchan. The inaugural edition of 'KBC,' hosted by Big B, aired on July 2, 2000. Season 1 of 'KBC' was a huge hit. It not only propelled Star Plus to the top of the ratings, but it also resurrected Amitabh Bachchan's career. The actor has hosted the quiz show for a total of 12 seasons. It's no surprise that viewing his journey on the show, which is now 21 years old, made his eyes well up.