Amitabh Bachchan pens down his take mentioning that no single act of terror should be given the power to destroy the interconnectedness of our stories, our plural solidarities. 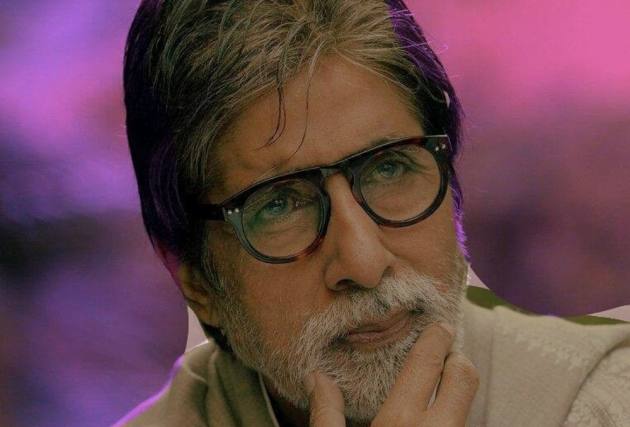 Looking back at  “the dark night that stretched over three long days”, superstar Amitabh Bachchan on Friday said the 26/11 terror strike has had a long afterlife and gotten entangled with the “tumultuous history that still weighs down the subcontinent”.

No single act of terror should be given the power to destroy the "interconnectedness of our stories" and "our plural solidarities", Bachchan wrote in the Indian Express on the 13th anniversary of the 60-hour terror siege of Mumbai in which 166 people were killed when 10 terrorists from Pakistan sneaked into the city from the sea route.

Bachchan, one of India’s most influential celebrities, said India acted with "remarkable sobriety and restraint" in the aftermath of the strike.

"Despite immense pressure, it did not give in to the temptation of military retaliation against Pakistan — even as the capture of Mohammad Ajmal Kasab and the revelations of David Headley stripped Pakistan’s military-ISI establishment of the alibi of non-state actors beyond its control, and left it no fig leaf.”

The 79-year-old star cautioned against letting "ourselves be defined and deformed by fear" and "suspicion".

"The reality is that 26/11 has had a long afterlife, and it has got entangled with the tumultuous history that still weighs down the Subcontinent,” he wrote.

It is not yet clear, he added, whether we have skirted all the traps it set for us.

"Each year we count, now it’s 13 years later, and the dark night that stretched over three long days is still vivid in our collective memory. That was also the terrorists' aim, the vividness was part of their design,” Bachchan said.

In his rare, written newspaper article, the actor said the stories we tell can often become larger than us, skipping “lightly across borders, sometimes riding on cricket, sometimes through film".

"Sometimes they nestle in the warmth of the hug that went viral, that India’s captain Virat Kohli gave to Pakistan’s Mohammad Rizwan and Babar Azam, after the men in green defeated the men in blue in the first game of the T20 World Cup that concluded in Dubai recently.

"Sometimes they revel in the smashing box office success, in India and also in Pakistan, of the 2015 Salman Khan-starrer 'Bajrangi Bhaijaan', a cross-border tale about empathy and compassion, an Indian man’s struggle to reunite a Pakistani child with her family,” he wrote in the op-ed article.

Invoking the famous Mumbaikar spirit where people look up to the sky and the sea with hope even when they are standing in a cramped space, Bachchan said one must believe that "better things are possible, and that we can make them happen to us".

Dark, for the Mumbaikars, Bachchan said is not something to be afraid of, rather, "it is where magic resides and the imagination runs free".

"No terrorist must be allowed to change the way we are in the dark, or with our neighbour, or ourselves. No single act of terror must be given the power to destroy the interconnectedness of our stories, our plural solidarities,” he said.

Bachchan also paid tribute to the city and said Mumbai is made and remade by those who come in from states like Uttar Pradesh and Gujarat, Karnataka and Rajasthan, and Bihar.
"Just in case we forgot, we saw many of them during the pandemic, rushing back home in fear. Many of them are returning, coming back, as they always do, to remake their lives, and in doing so, to remake Mumbai, our Mumbai."
Every year as he marks the day, he said he discovers that the power of survival is linked to the power of humanity, of "our collective commitment that we shall not let the terrorists define who we become".

"Freedom from fear means that we are more at ease with our neighbour, and also with ourselves. It means that we acknowledge that the terrorist tried to produce spectacle and stoke passions and make the currency of terror pervasive in our politics, but we deny him that power over us," the actor emphasized.
Thirteen years later and post a devastating pandemic which claimed the lives of many of the loved ones, "as we begin to see the first glimmer", that is the promise we need to "solemnly renew to ourselves", Bachchan said.